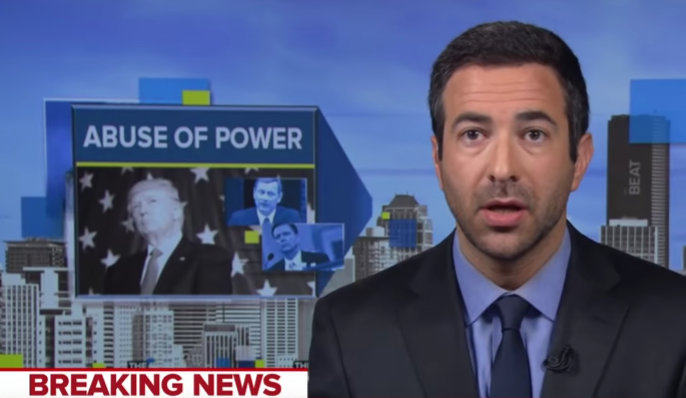 President Donald Trump’s attack on Chief Justice John Roberts is likely going to blow up in his face and will stand as the costliest political mistake of his corrupt presidency. And MSNBC host Ari Melber explained why earlier this week.

In response to a ruling by a federal judge blocking his executive order banning asylum because it directly conflicts with immigration laws made by Congress, Trump lashed out at the Ninth Circuit Court by accusing the judge of being an “Obama judge.”

“We do not have Obama judges or Trump judges, Bush judges or Clinton judges,” Roberts said. “What we have is an extraordinary group of dedicated judges doing their level best to do equal right to those appearing before them. That independent judiciary is something we should all be thankful for.”

And that’s a huge mistake that Trump is going to regret considering the power Roberts holds.

Melber, who is a attorney and NBC’s chief legal correspondent, explained that Trump various actions, including his attack on the judiciary, could all add up to concrete obstruction of justice case:

“Donald Trump’s literally trying to get his domestic opponents indicted, while his lawyers are demanding an end to the probe into his White House, while also installing a staffer as now acting attorney general who has criticized the Mueller probe repeatedly, and pushing the campaign to oust and potentially prosecute another witness,” Melber said. “All this comes after reports that Trump, of course, also tried to fire [Special Counsel] Bob Mueller as recently as December.”

“Take it all together, anyone of those things could be an element of the crime of obstruction, Melber continued. “But together, a prosecutor or, in our system, a Congress, could find that all of those things are grounds for much more. Which is why Trump’s own lawyers, we reported last night, thanks to The New York Times, warned him of impeachment over just some of that, and why any process to hold Trump accountable may wind up before — yes — the Supreme Court.”

“At least one justice is not waiting to take a first punch on behalf of that institution,” Melber concluded. “But is instead moving first for judicial independence, and clearly against Donald Trump.”

Indeed, Roberts would preside over Trump’s impeachment trial in the Senate should the House pass articles of impeachment. Plus, Roberts could rule against Trump if he tries to get out of complying with a subpoena from Mueller. Trump thinks that just because he has two cronies on the high court and Roberts happens to be a Republican that he can score a win against a subpoena by a 5-4 vote. But it can easily go the other way if Roberts becomes the swing vote.

Trump has shot himself in the foot on multiple occasions since taking office, but attacking Roberts for defending judicial independence is political suicide. Roberts cannot be fired and he is clearly warning Trump not to cross a line that he can’t come back from. This attack may be the last straw for Roberts, who has up to now refrained from criticizing Trump.

Just when you thought Trump could not dig himself into a deeper hole, he attacks the one man who is in a position to make Trump’s legal hell easier to escape. That may have just changed.