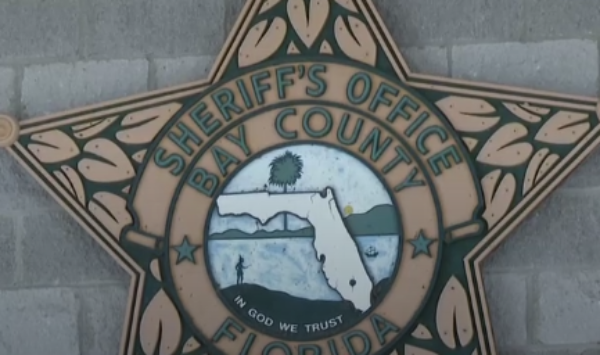 As the United States continues to deal with an epidemic of mass shootings and rising racism and hate, a Florida teen is getting away with threatening to shoot and kill black people, not only by his school, but by local law enforcement as well.

In a video, the white male teen brandishes a firearm and threatens to kill black people with it, all while using a racial epithet and referencing the KKK.

Here’s the disturbing video as flagged by a Twitter user:

The cops didnt arrest him. This is in Panama City, Fl pic.twitter.com/nYk4rM7zjq

Seriously, this is the era of “see something, say something” but when multiple citizens spoke up, the proper authorities refused to take any action and seemed to go out of their way to make sure this teen faced no consequences.

“It was despicable, disgusting, and deeply offensive,” Bay County NAACP President Dr. Rufus Wood told WJHG in a statement about the video.

First, people informed the Bay District School about what their own student is doing. You know, because we live in a time when school shootings are a common part of our lives. Kids go to school every day hoping that it won’t happen to them. The least this school could do is expel the student and ban him from the premises to protect the rest of their pupils from potential harm.

But school officials declined to do so, and only offered to discuss racism and diversity in a special workshop.

“We heard, at the school board meeting, the requests for a diversity council and for a workshop in the near future and we look forward to exploring those options and any others deemed viable,” Superintendent Bill Husfelt said. “We remain committed to ensuring that our students are as safe as they possibly can be at school and we will continue to work closely with our law enforcement partners.”

Apparently, they don’t care enough to prevent a potential school shooting. These kinds of threats often are signs that a shooting is about to take place, yet the school is doing nothing. They did refer the video to the police, but they aren’t taking the threats seriously either.

“In spite of the deeply offensive comments made by the teenager, no crime has been committed,” the Bay County Sheriff’s Office said. “We have to abide by the law, and when the facts do not meet the threshold for criminal charge, we cannot arrest somebody.”

And that’s just not true.

A white teen in South Carolina threatened to kill people with a firearm in a similar video and he not only got expelled, he also got arrested.

In that case, the school and the police treated the video as a credible threat, and that’s what should happen in this case in Florida.

Understandably, local residents are outraged by the inaction.

“Across the country and across the state, they are arresting kids for things that are far, far less significant than this,” resident Tony Bostick said.

Dossie even pointed out that there are laws the police could charge the teen with.

Everyone would agree that a rifle is a weapon, but the Sheriff’s office claims that it’s not a weapon if it was not loaded.

That’s quite a loophole for any potential white racist to exploit to avoid police taking threats of violence seriously.

Here’s the video via WJHG:

This is a complete dereliction of duty by both school and law enforcement officials to take action to prevent another shooting and send a message to others that such threats will not be tolerated, especially since Florida experienced a mass school shooting in Parkland just last year. If this teen were black, police likely would have showed up at his door and shot him by now. But this white teen isn’t even getting a slap on the wrist. So, if this teen ends up ever committing a shooting, these school and law enforcement officials should be held accountable as accomplices because they had a chance to do something and did nothing.