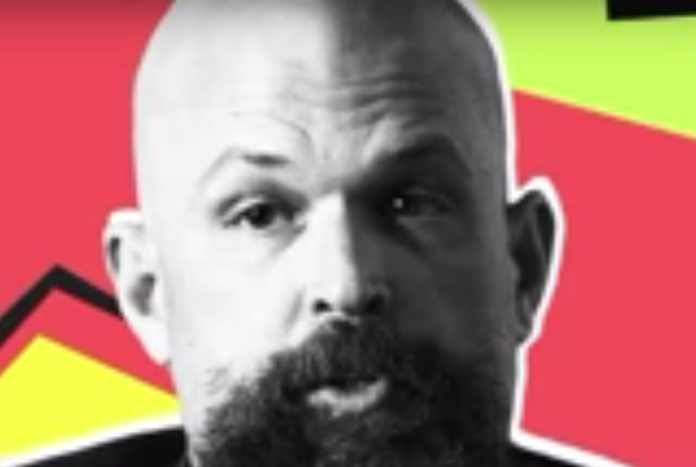 Conservative writer Kevin Williamson is no longer with The Atlantic, but the outlet should never have hired him in the first place.

Williamson is anti-choice, but that’s not the problem people had with him.

It’s his belief that women should be executed for having an abortion that people found revolting.

In a 2014 Twitter argument, Williamson debated abortion, a procedure that is protected by the Constitution. And his argument quickly went off the rails into extremism.

“I believe abortion should be treated like any other premeditated homicide.”

He ended up repeating himself, suggesting abortion should be classified as murder.

“I believe that the law should treat abortion like any other homicide.”

And then he suggested a punishment.

“I have hanging more in mind.”

Just saying that women who have abortions should be treated like murderers should have been enough to make The Atlantic think twice about hiring Williamson.

After all, when President Donald Trump floated punishing women for having an abortion it created a national firestorm from Democrats and Republicans alike.

Williamson, however, went further than Trump by advocating for giving women the death penalty for having an abortion.

At the time, The Atlantic’s editor in chief Jeffrey Goldberg refused to judge Williamson based on a tweet.

But then a National Review podcast made it clear that Williamson stands by his call for executing women who get an abortion.

“I would totally go with treating it like any other crime up to and including hanging,” Williamson said.

And that changed Goldberg’s mind, which is why he fired Williamson this week. He said:

“The tweet was not merely an impulsive, decontextualized, heat-of-the-moment post, as Kevin had explained it. Furthermore, the language used in the podcast was callous and violent. This runs contrary to The Atlantic’s tradition of respectful, well-reasoned debate, and to the values of our workplace…. I have come to the conclusion that The Atlantic is not the best fit for his talents, and so we are parting ways.”

Still, the question is whether The Atlantic can win back readers who abandoned the magazine in response to the hiring? This is clearly a case of not vetting a potential hire enough.

While Williamson has the right to free speech, his extremism offends many. Even many conservatives would not go so far as to say women should face the death penalty for exercising their right to choose.

But Williamson repeatedly expressed his belief that women should be killed for having an abortion, and The Atlantic should have noticed.

They also should have noticed Williamson’s other extreme positions.

In the wake of the Parkland school shooting, Williamson’s past remarks that assault weapons aren’t dangerous should have set off alarms. He has also made disparaging remarks about former First Lady Michelle Obama and transgender people, and once called Planned Parenthood a “bloodthirsty enterprise.”

The Atlantic seriously failed to understand just how extreme and offensive Williamson is. Now the magazine has egg on its face.