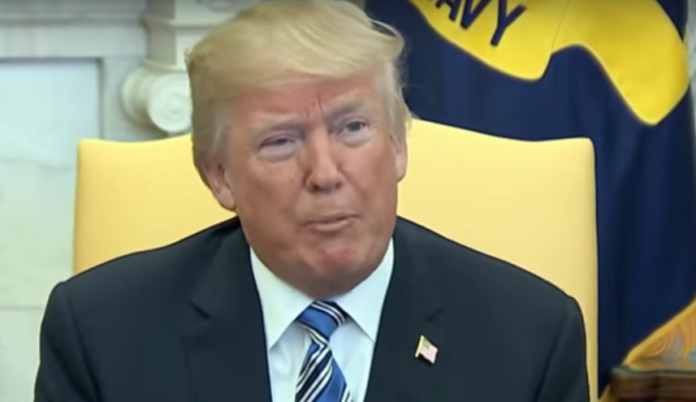 President Donald Trump could soon be dealing with more than just Stormy Daniels speaking out despite non-disclosure agreements (NDA) if a high-profile First Amendment attorney has his way.

Earlier this week, The Washington Post revealed that Trump has been forcing his White House aides and staffers to sign non-disclosure agreements to prevent them from leaking to the press and discussing conversations and actions inside the administration in general, even after they leave.

According to a draft of the agreement obtained by The Washington Post:

It would expose violators to penalties of $10 million, payable to the federal government, for each and any unauthorized revelation of “confidential” information, defined as “all nonpublic information I learn of or gain access to in the course of my official duties in the service of the United States Government on White House staff,” including “communications . . . with members of the press” and “with employees of federal, state, and local governments.”

The agreement also prohibits White House staffers from revealing information in any form, including works of fiction during Trump’s administration and “at all times thereafter.”

So, Trump is trying to muzzle his staffers even after his presidency ends, which is a very extreme action to take.

But attorneys, especially those who represent whistleblowers, point out that such agreements violate public employees’ freedom of speech, which is protected by the Constitution. While private businesses such as the Trump Organization may be able to impose this type of agreement, the federal government cannot restrict employees’ rights in this manner.

Of course, there are exceptions for classified information. Other than that, the only real remedy to stopping staffers from leaking is terminating their employment.

“This is crazy,” attorney Debra Katz said. “The idea of having some kind of economic penalty is an outrageous effort to limit and chill speech. Once again, this president believes employees owe him a personal duty of loyalty, when their duty of loyalty is to the institution.”

Indeed, Trump is obsessed with loyalty, even going so far as to demand it from former FBI Director James Comey before firing him for not dropping an investigation.

“Public employees can’t be gagged by private agreements,” he said in a statement. “These so-called NDAs are unconstitutional and unenforceable.”

The non-disclosure agreements are so detestable that attorney and Fox News national security analyst Mark Zaid has offered to represent White House staffers in court free of charge if they choose to speak out in defiance of the NDA.

This is an unconstitutional prohibition on 1st Amendment rights. My law firm offers to rep pro bono any signatory (or individual legitimately contemplating) of these NDAs. Former employees can only be lawfully prevented from disclosing classified info.@BradMossEsq @AndrewBakaj https://t.co/awdjHweJmF

If Zaid is true to his word, and there is nothing to suggest he wouldn’t be, Trump may be about to see the dam break in his White House as staffers decide to come forward with what they know. After all, Trump must be hiding something if he is trying so desperately to keep the people around him from talking.