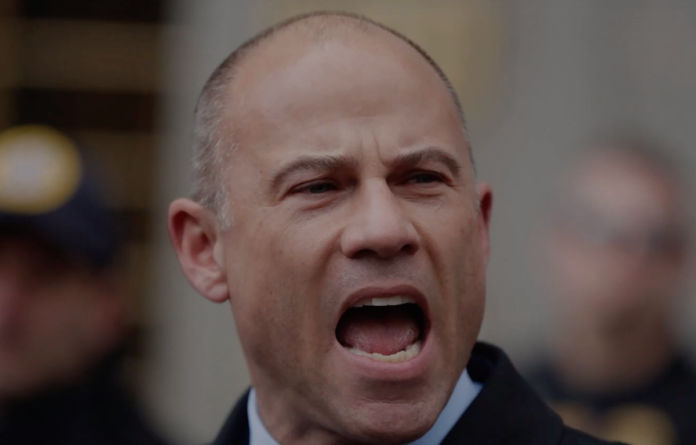 According to Bloomberg, he was charged today by federal prosecutors in New York with attempting “to extort millions of dollars out of Nike Inc. by threatening to release damaging information about the company, which did not meet his demands.”

Avenatti allegedly told Nike he would cancel a press conference if the company “paid an unidentified client $1.5 million, and hired him and another California lawyer to conduct an internal investigation for $15 million to $25 million.”

Michael Avenatti has been charged with trying to extort Nike, moments after tweeting he had information about an alleged basketball scandal. Read the full complaint here ➡️ https://t.co/IBeHjB52R2 pic.twitter.com/L5G1OI9ZFh

Just minutes after Avenatti made the following Tweet, he was charged. Earlier on March 19, he met with Nike attorneys with a cooperating client.

“Tmrw at 11 am ET, we will be holding a press conference to disclose a major high school/college basketball scandal perpetrated by @Nike that we have uncovered. This criminal conduct reaches the highest levels of Nike and involves some of the biggest names in college basketball.”

Tmrw at 11 am ET, we will be holding a press conference to disclose a major high school/college basketball scandal perpetrated by @Nike that we have uncovered. This criminal conduct reaches the highest levels of Nike and involves some of the biggest names in college basketball.

JUST IN: Federal prosecutors announce charges against @MichaelAvenatti, alleging he tried to extort Nike, threatening to release damaging about the company, if Nike didn't agree to pay millions to him and a client.

In another Tweet, Portnoy says that Avenatti made a threat by phone to Nike attorneys. According to the complaint filed in federal court, Avenatti told Nike attorneys by phone last week if his demands were not met:

“Have you ‘ever held the balls of the client in your hand where you could take five to six billion dollars market cap off of them?'”

FBI recorded Michael Avenatti saying to Nike attorney: have you "ever held the balls of the client in your hand where you could take five to six billion dollars market cap off of them" pic.twitter.com/sUFyV5truP

Following the Tweet from Avenatti, Nike’s stock saw a downturn of 0.3 percent. It’s now rebounding after the arrest. (see video below)

This bizarre story is just one of the cases against the attorney. He also faces wire fraud and bank fraud charges. One of the charges is he allegedly “defrauded a bank in Mississippi by submitting to the lender false tax returns in order to obtain three loans totaling $4.1 million for his law firm and coffee business in 2014.”

According to the Twitter account for the US Attorney’s Office for the Central District of California, he faces a separate federal case filed in New York and will face investigation by the IRS.

“Attorney Michael Avenatti was arrested today pursuant to a criminal complaint alleging he embezzled a client’s money in order to pay his own expenses and debts — as well as those of his coffee business and law firm — and also defrauded a bank by using phony tax returns to obtain millions of dollars in loans.”

If he is found guilty on these charges, Avenatti could face a statutory maximum sentence of 50 years in federal prison.