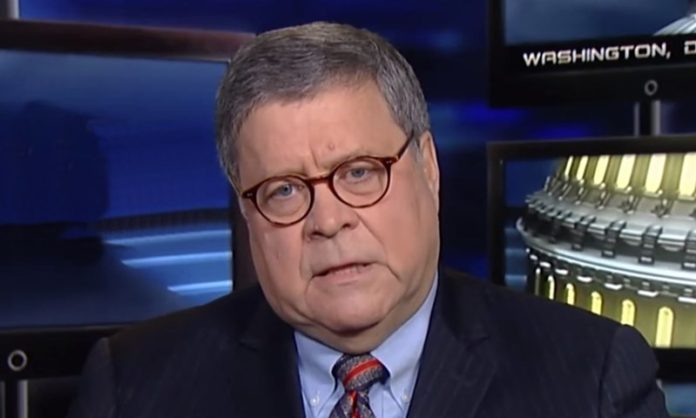 Attorney General Bill Barr just got caught contradicting his Senate testimony about the Mueller report, proving once again that he’s a liar who is continuing to cover for President Donald Trump.

During his testimony before the Senate Judiciary Committee on May 1st, Barr claimed that he and Deputy Attorney General Rod Rosenstein “accepted” Special Counsel Robert Mueller’s legal framework.

But during an interview with CBS News on Friday, Barr contradicted himself, this time claiming he didn’t agree with Mueller’s legal framework.

May 1 to Congress: “We accepted the Special Counsel’s legal framework for purposes of our analysis…in reaching our conclusion”

May 31 to CBS: “We didn’t agree with …a lot of the legal analysis in the Report…So we applied what we thought was the right law.” pic.twitter.com/l6xFvNT7m6

To see the full contradiction between:

1. What Barr told @CBSNews: “We didn’t agree with…a lot of the legal analysis in the Report…So we applied what we thought was the right law.”

Clearly, both of these statements cannot be the truth. Either Barr accepts the legal analysis or he does not. Mueller specifically laid out Trump’s obstruction of justice crimes in his report and made it clear on Wednesday that if he and his team had concluded that Trump did not commit a crime they would have stated it in the report.