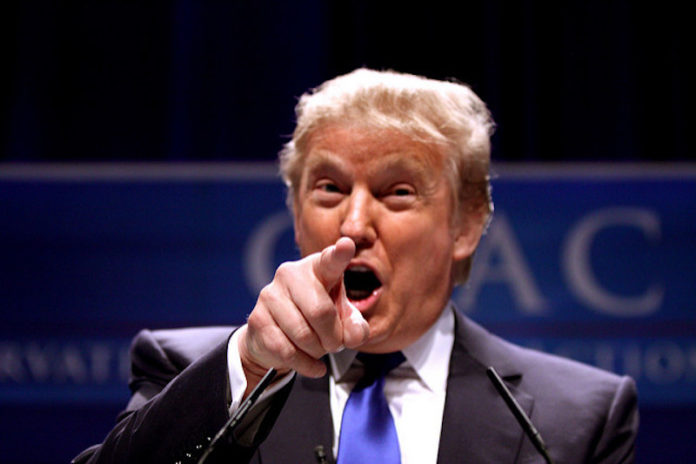 Even before he became president, Donald Trump’s attacks on the media were relentless and targeted. His inciting rhetoric also had consequences, including bombs being mailed to multiple CNN offices last year. Yesterday, the media was attacked again.

According to Business Insider, a Trump supporter attacked Ron Skeans, a BBC cameraman, at a Trump rally in El Paso.

“A BBC cameraman was attacked and pushed by one of President Donald Trump’s supporter yelling ‘f–k the media’ at the president’s rally in favor of a border wall in El Paso, Texas, on Monday night.”

The border rally featured the president’s standard claims about the media being biased, fake, and out to get him. Trump checking in to make sure everything was ok suggests that the president has little idea of the consequences of his words. Whether or not he actually hates the media is immaterial because his words give rise to hate and resentment, which is can cause journalists like Skeans to get attacked.

Ahead of the rally, El Paso County passed a resolution denouncing Trump’s “lies regarding the border and our community,” adding that the border fence has had relatively no impact — positive or negative — on crime since it went up in 2008.

The rally comes in the context of the longest government shutdown in history, because the president refused to open the government without $5 billion dollars for a border wall, his signature campaign promise.

On the same night, Beto O’Rourke, considered a possible 2020 presidential contender, held a rally countering the president’s that garnered at least 8,000 people in attendance.