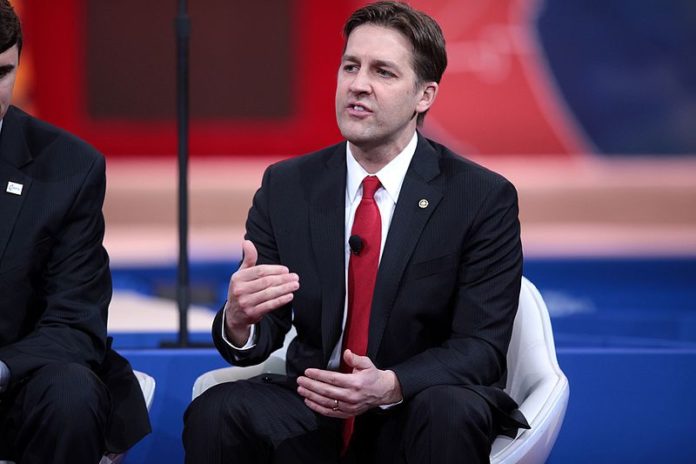 Senator Ben Sasse (R-Neb.) is calling for the Department of Justice to investigate the super lenient deal child rapist Jeffrey Epstein was able to secure from prosecutors in 2007.

In a letter sent to the DOJ, Sasse expressed outrage in the wake of an investigation by The Miami Herald that detailed Epstein’s crimes, which includes child sex trafficking and repeatedly instance of rape and abuse. The evidence in the case should have been enough to send Epstein to prison for several lifetimes, but he was able to get away with his crimes by making a deal with prosecutors that should never have been made considering how solid the case against him had been.

According to The Miami Herald, Epstein and his defense lawyers controlled the negotiations with prosecutors, especially U.S. Attorney Alexander Acosta, and were allowed to dictate the deal, which kept Epstein out of prison, buried the extent of his crimes, and kept this information from his various victims who would have rejected any such deal for their abuser.

“The fact that this monster received such a pathetically soft sentence is a travesty that should outrage us all,” Sasse wrote. “I am particularly disturbed by this reporting indicating that federal prosecutors went out of their way to arrange this sweetheart deal for Epstein and conceal it from the abused who could have objected to it, in apparent violation of federal law. We need answers about this epic miscarriage of justice.”

Indeed, we certainly do. Epstein’s friends include President Donald Trump himself, who has also been accused of raping an underage girl at a party hosted by Epstein.

“The fact that a prosecutor in the United States of America, first of all, would try to give this guy a free ride by calling a 14-year-old girl who was his sex slave and who was raped by the laws of the state of Florida a, quote, prostitute, shows you the bad faith that this deal was done in,” Scarborough said. “This is a massive cover-up, and the Justice Department needs to dig into it, the state of Florida needs to dig into it.”