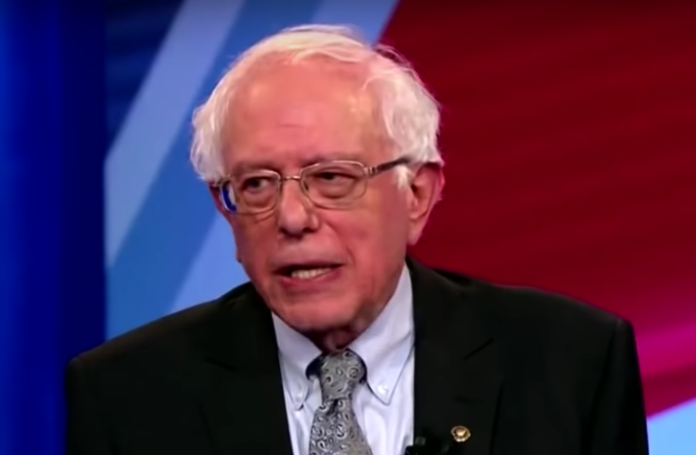 Senator Bernie Sanders (D-Vt.) strongly condemned the Israeli government on Monday for being “racist” against the Palestinian people.

The popular Democratic 2020 presidential candidate has made a good showing at town halls in recent weeks, even going on Fox News to convince most of the audience to support universal healthcare.

But during a CNN town hall on Monday night, a person in the audience asked Sanders about how he intends to deal with Middle East peace involving Israel.

It’s a complicated issue to be sure, what with Israeli Prime Minister Benjamin Netanyahu basically being a dictator now after winning yet another term in office and constantly violating the human rights of Palestinians and committing war crimes against them while having a measure of control over the United States government. That control has been criticized in recent months by Rep. Ilhan Omar (D-Minn.) and other Democrats, resulting in Republicans accusing them of being anti-Semitic.

But Sanders not only spent time in Israel in his youth, he has family there and is a Jew himself, which makes his answer the strongest condemnation of the Israeli government yet, and one that Republicans are going to have difficulty attacking.

“I am not anti-Israel but the fact of the matter is that Netanyahu is a right-wing politician who I think is treating the Palestinian people extremely unfairly,” Sanders said. “The United States gives billions of dollars in military aid to Israel. What I believe is not radical. I just believe that the United States should deal with the Middle East on a level playing field basis.”

Indeed, how can the Muslim world trust anything the United States says or does when Israel has the White House and most of Congress in its pocket?

“In other words, the goal must be to try to bring people together and not just support one country, which is now run by a right wing, dare I say, racist government,” Sanders continued. “So I am 100% pro-Israel. Israel has every right in the world to exist, and to exist in peace and security, and not be subjected to terrorist attacks. But the United States needs to deal not just with Israel but with the Palestinian people as well.”

Sanders just blew up Republican claims that you can’t criticize Israel without being anti-Semitic. He is the only person of Jewish faith in the presidential field and he agrees with Israel’s right to exist, he just opposes the Israeli government’s actions against Palestinians, their land grabs, and the power they wield over the United States government. It’s time to change our relationship with Israel if we truly seek to achieve peace in the region.