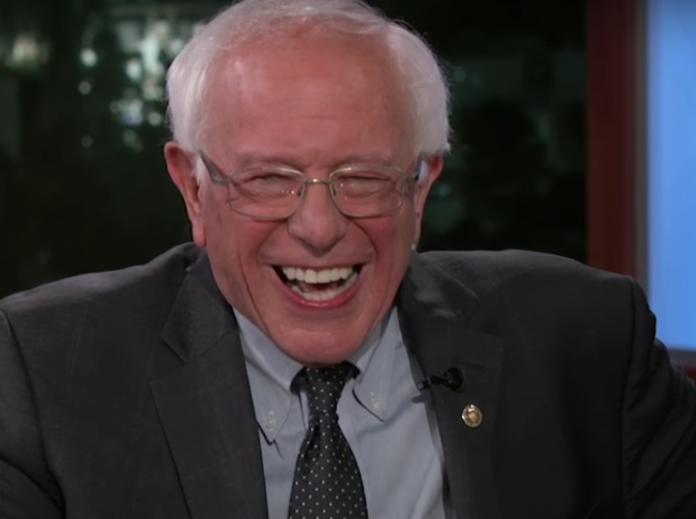 Senator Bernie Sanders (D-Vt.) is not playing around when he says he is working to help the American people keep more money in their pockets and give them legislation to fix systemic problems that have been plaguing us for decades.

For instance, he not only wants to make college tuition free, he wants to enact Medicare for All so Americans never again go bankrupt to get an education or receive healthcare.

But what about the millions of Americans who are currently saddled with medical debt to the point where they have to choose between healthcare and bankruptcy?

Well, it turns out that Bernie Sanders has a plan for that as well.

During a town hall event in South Carolina on Friday, a woman in the crowd asked Sanders about this crippling medical debt.

“Is there anything in your plan that would actually work for people that are drowning right now for their medical debt?” she asked.

Indeed, there is, as Bernie went on to explain.

“We’re looking at that right now,” Sanders replied. “In another piece of legislation that we’re going to be offering we will eliminate medical debt in this country. I mean, just stop and think for a second. Why should people be placed in financial duress? For what crime did you commit? You got a serious illness? That is not what this country should be about.”

Sen. Bernie Sanders: “In another piece of legislation that we’re going to be offering, we will eliminate medical debt in this country.” pic.twitter.com/UEHUwiPzdF

For too long, Americans have been paying exorbitant medical bills even for the slightest illness. The greed of the private healthcare industry is unbridled and unprecedented. In most other developed countries in the world, universal healthcare covers everyone, resulting in far smaller bills, as one American in Taiwan discovered much to his surprise and delight when he went to the emergency room there for severe gastrointestinal distress and received full quality treatment and only had to pay $80.

Americans end up paying thousands upon thousands of dollars here in the United States if they go to the emergency room.

Medicare for All would certainly result in Americans paying less. But Bernie is prepared to go even further by canceling medical debts so everyone can start with a clean financial slate.

“Senator Sanders had previously asked us to pull together a plan to finally end the crisis of medical debt, and when asked directly about it tonight he was honest and candid in previewing his thinking on this important matter,” Sanders campaign manager Faiz Shakir told CNN, confirming the plan.

This is the right thing to do for the American people. But it’s not going to happen if Trump gets re-elected.