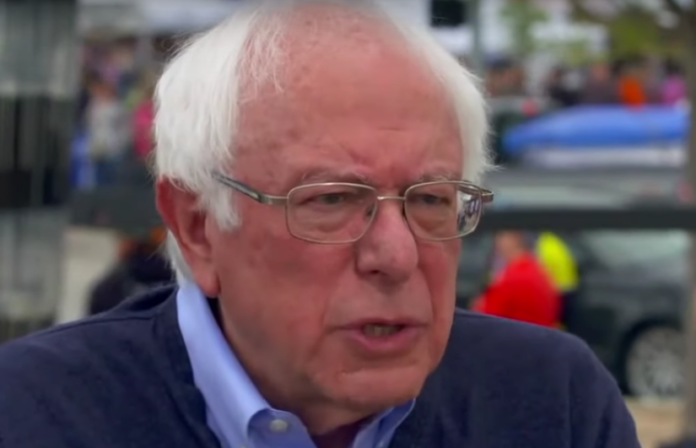 Senator Bernie Sanders (D-Vt.) strongly defended his position as a democratic socialist on Sunday by rebuking Republicans for always demonizing any idea that helps the American people as “socialism.”

The Vermont senator is one of the front-runners in the Democratic 2020 presidential field and he is growing more popular as he criss-crosses the nation to promote his policy agenda, which includes the Green New Deal, universal healthcare, enacting a living wage and raising taxes on the wealthy.

But Republicans and President Donald Trump have been attacking Sanders and his legislative goals by denouncing him and his policies as “socialist,” which is different from democratic socialism as demonstrated by nations such as Sweden, which has a democratic government and strong social programs.

“The problem is, and in a television interview too, it’s hard for me to describe in-depth what we mean by that,” he replied before pointing out that Republicans have been labeling policies that help the American people as “socialism” for a long time.

“When Social Security was first created, what did Republicans call it?” he asked.

“Any time you do things for the people and you stand up to the wealthy and powerful, you’ll be labeled this that and the other thing,” Sanders continued. “But all the issues we are talking about — these are ideas that are in one form or another are in fact supported by the American people.”

Asked about the “Democratic socialist” label, Sen. Bernie Sanders says, “Any time you do things for the people and you stand up to the wealthy and powerful, you will be labeled this, that, or the other thing,” but these issues are “supported” by the people https://t.co/jcf5Tw7wEo pic.twitter.com/v8OMghn7U3

Bernie is right. Universal healthcare is wildly popular among an overwhelming majority of Americans, as is the Green New Deal, higher wages and taxing the wealthy.

All of these policies would help every American, and Republicans know it. They also fear the policies because they are popular and that means they are impossible to run against unless they turn each one into a “socialist” boogeyman, which the GOP has been doing to any major policy proposal for decades.

Americans need to ignore Republican fear mongering and vote to help themselves for a change. That means voting for a candidate on the ballot that will usher in real change. It doesn’t necessarily even have to be Sanders. Several Democratic candidates, including Senator Elizabeth Warren (D-Mass.) are running on the same issues. But regardless of whether it’s Warren or Sanders or Buttigieg, any one of them would be better than Trump, who has a proven track record of only helping the wealthy and himself instead of struggling Americans.