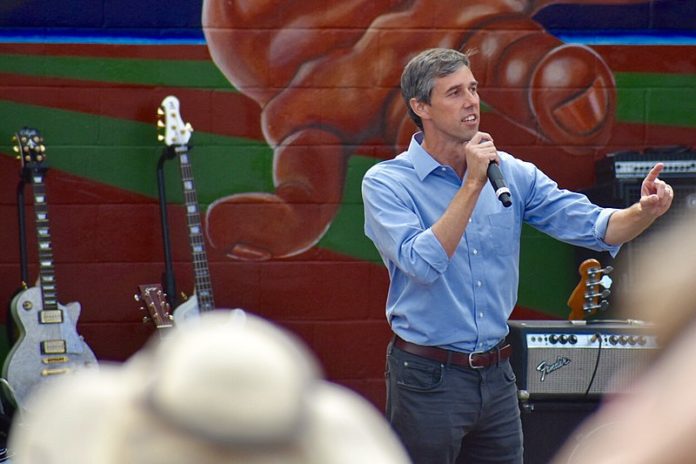 President Donald Trump simply could not compete with Democratic rock star Beto O’Rourke, who held a counter-rally and protest in El Paso not far from Trump’s rally in the same city on Monday night.

Americans across the country have been waiting to know whether O’Rourke, who lost an exciting race against Senator Ted Cruz (R-Texas) in November that had Republicans panicking, would announce his candidacy for the presidency in 2020.

He had the perfect venue from which to declare his intentions. In the end, however, while O’Rourke did not jump into the already crowded Democratic field, he certainly lived up to his promise to give Trump a hell of a fight in El Paso.

Trump spent his rally smearing and slandering Democrats and telling lies about immigration and the border in an effort to promote his wall, even going so far as to repeat the same lies about El Paso being a dangerous crime-ridden wasteland before the barriers were installed just over a decade ago.

“You know where it did make a big difference?” Trump asked. “Right here in El Paso. And I’ve been watching where they’re trying to say ‘Oh the wall didn’t make that much‘. Well, you take a look at what they did with their past crimes and how they made them from very serious to much lesser – you take a look at what the real system is. I’ve spoken to people who have been here a long time. They said when that wall went up it’s a whole different ball game. Is that a correct statement? Whole different ball game.”

No, it wasn’t. Not only have the Democratic sheriff and Republican mayor of El Paso debunked Trump’s claim that El Paso had been a dangerous city prior to the barrier, statistics prove that the crime rate in the city had already been dropping steadily for several years long before the barrier was ever a concept. In fact, the crime rate actually went up after a barrier was installed.

The former congressman blasted Trump’s unpopular wall proposal and called for the people of El Paso to stand up to Trump and his lies.

“We know that walls do not save lives, walls end lives,” he said. “We stand for the best traditions and the values of this country…for who we are when we’re at our best, and that’s El Paso, Texas. I’m so proud of this community at this defining moment of truth. With the eyes of the country upon us, all of us our going to make our stand here in one of the safest cities in the United States of America.”

“Safe, not because of walls, but in spite of walls,” he continued. “Secure, because we treat one another with dignity and respect. That is the way we make communities in our country safer.”

O’Rourke then proceeded to do what Trump could never and would never do by delivering his speech in Spanish.

The Texas congressman could certainly make America excited about his candidacy should he choose to throw his hat in the ring. But he chose to focus not on himself or his political aspirations on Monday night, but on his community and country and bringing unity to both as a bigot promoted hate and division just down the street. Clearly, O’Rourke won the night in the battle for America’s soul and demonstrated that America could use someone like him in the White House.