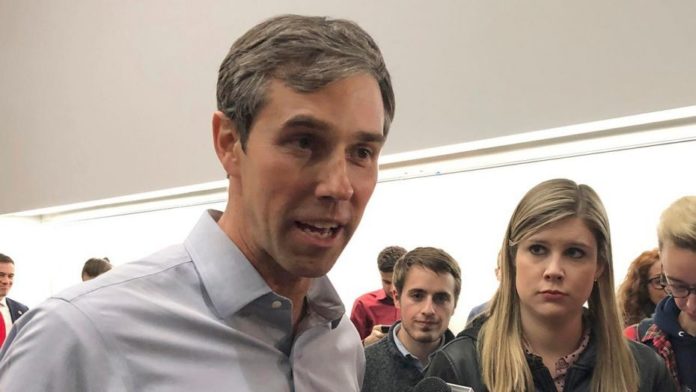 2020 Democratic presidential candidate Beto O’Rourke turned the heat up on President Donald Trump Thursday evening during a discussion of Trump’s draconian immigration policies and remarks the president has made regarding immigrants seeking asylum in the United States.

At a town hall meeting in Sioux City, Iowa, O’Rourke noted that Trump’s policy of separating immigrant children from their parents “follows the rhetoric of a president who not only describes immigrants as rapists and criminals but as animals and an infestation.”

“I might expect someone to describe another human being as an infestation in the Third Reich. I would not expect it in the United States of America.”

When a reporter challenged O’Rourke on his comparison of Trump’s policies to those of the Nazis, the candidate noted:

“Calling human beings an infestation is something that we might’ve expected to hear in Nazi Germany. Describing immigrants, who have a track record of committing violent crimes at a lower rate than native-born Americans as rapists and criminals. Seeking to ban all Muslims — all people of one religion, what other country on the face of the planet does that kind of thing?”

In Iowa, @BetoORourke says the president’s rhetoric on migrants and calls to ban Muslims sound more like the Third Reich than the USA.

Asked about the comparison after the rally, he emphatically stood by it.

But that wasn’t all O’Rourke had to say on issue of immigration and how Trump has referred to those who want to seek asylum in the U.S.:

“Putting kids in cages. Saying that neo-Nazis and Klansmen and white supremacists are very fine people.”

Indeed, this president has made some of the most racist and xenophobic statements we’ve heard in this country since the days of George Wallace, who made no secret of his hatred for anyone who wasn’t a white Christian. But Wallace never made it to the Oval Office. And that makes Trump a thousand times more dangerous than Wallace ever was.