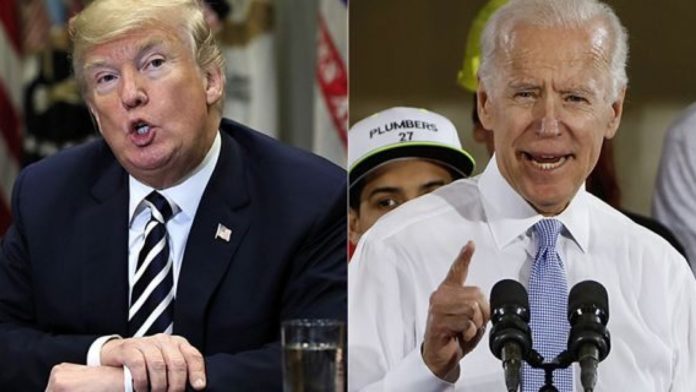 Former Vice-President Joe Biden did not hold back on Friday night in a statement demanding the release of of a transcript of a phone call with Ukraine at the center of a whistleblower complaint against President Donald Trump.

The potential bribe involving taxpayer dollars for opposition research raised alarm bells, resulting in a Trump appointee to come forward to the Inspector General with a complaint, which the IG ruled “credible” and of “urgent concern.”

But instead of forwarding the complaint to Congress as required by law, Trump’s acting Director of National Intelligence cited a “higher authority” and refused to release it.

Trump and cronies such as Rudy Giuliani insist that there’s nothing wrong with seeking such an investigation, even though Trump has not made an official request since that would mean having to publicly explain why he wants an investigation.

So far, Ukraine has resisted Trump’s demand and prosecutors there say there is no evidence that Biden, nor his son, did anything inappropriate or illegal.

One Ukrainian official has even noted that it’s pretty clear that Trump is fishing for “kompromat” to use against Biden in a potential 2020 match-up.

On Friday, Biden slammed Trump for abusing his power and endangering our national security.

“If these reports are true, then there is truly no bottom to President Trump’s willingness to abuse his power and abase our country,” Biden said in a strong statement. “This behavior is particularly abhorrent because it exploits the foreign policy of our country and undermines our national security for political purposes. It means that he used the power and resources of the United States to pressure a sovereign nation—a partner that is still under direct assault from Russia—pushing Ukraine to subvert the rule of law in the express hope of extracting a political favor.”

Biden then demanded the release of the call central to the whistleblower complaint, as well as the complaint itself.

“Such clear-cut corruption damages and diminishes our institutions of government by making them tools of a personal political vendetta,” Biden said. “At minimum, Donald Trump should immediately release the transcript of the call in question, so that the American people can judge for themselves, and direct the Office of the Director of National Intelligence to stop stonewalling and release the whistleblower notification to the Congress.”

Trump is violating the law by blocking release of the complaint. That means it must be seriously damaging to him. Biden is clearly and understandably angry since he is the target of Trump’s plot with Ukraine. Congress must act immediately with the full power of the legislative branch to get the transcript of this phone call and the complaint, even if it means sending Trump cronies to prison.