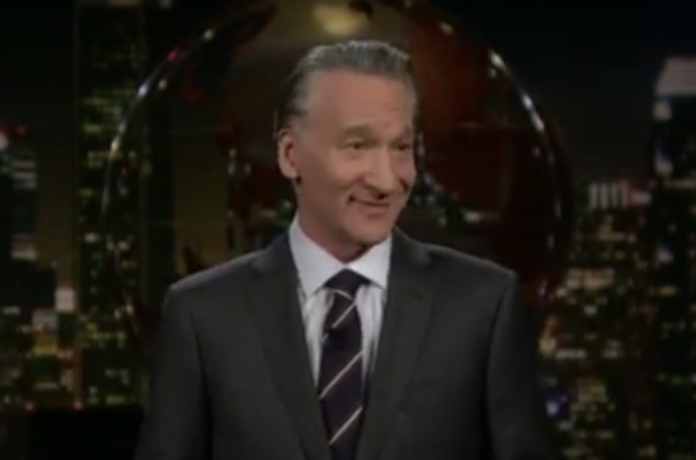 HBO host Bill Maher took President Donald Trump to the woodshed on Friday night for responding terribly to disasters and tragedies in the wake of Trump’s recent offensive remarks about the California wildfires as he prepares to visit the state.

Trump announced that he is traveling to California to survey the destruction caused by the wildfire, which is the deadliest in state history. He has also approved emergency funding.

But that only comes after he initially responded to the disaster by attacking California and blaming them for the fires, all while threatening to withhold federal funding:

Maher, who lives and works in California, had some strong words for Trump during his show on Friday night, criticizing him for his lack of compassion in the face of national tragedies.

“Trump is going to be here tomorrow,” Maher began as the audience groaned in response. “He’s coming here tomorrow, checking on the wildfire situation.”

And that’s when Maher got off his first hilarious quip of the night, mocking Trump’s visit to the fire-ravaged state while also pouring salt on his midterm election wounds.

“Trump says he can relate, because last Tuesday he also lost a House,” he said.

Maher went on to rake Trump over the coals for always managing to say the wrong things after disaster strikes the country, whether it be the wildfires or mass shootings or hurricanes.

“Trump’s response was to blame the victims, withhold federal funds,” he said. “This is what he does every time there’s a national disaster. Wildfires? Mismanaged your forest! Mass shooting? You should have been armed! Hurricane? Your island is very inconveniently located. His response to every tragedy is ‘How can I hurt?’”

“He is to empathy what food courts are to ambiance,” Maher continued, going on to point out that Trump said that he’s only coming to California for the firefighters. “He doesn’t want to give the impression that he gives a sh*t about the citizens of this state who didn’t vote for him.”