The United States Blues
Home News Bill Maher hammers Republicans while explaining why both parties are not the... 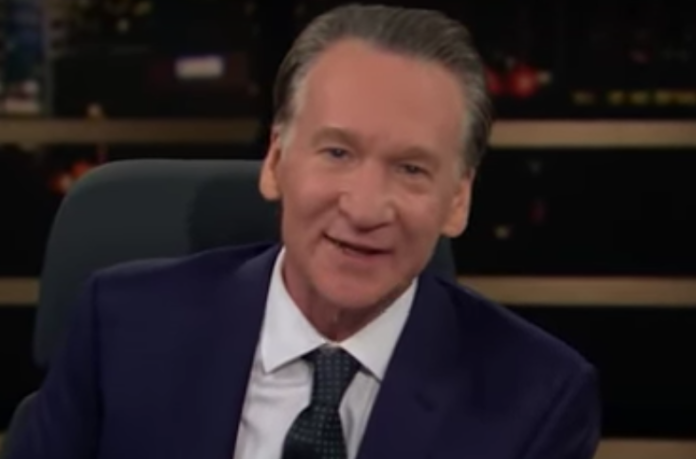 “Real Time” host Bill Maher went all out on Friday night to teach America that Democrats and Republicans are not the same despite what some “billionaire barista” named Howard Schultz says.

For years, many Americans have chosen not to vote because they foolishly believe that both parties are equally extreme, Maher debunked that myth using evidence during his show on HBO that analyzed the differences between the two parties on multiple issues.

“Instead of saying both parties are to blame for the mess we’re in, just admit that you haven’t followed politics for the last 20 years,” he began in his New Rules segment.

Maher explained that Schultz decided to enter the race as an independent because he thinks Democrats and Republicans are the same, and while the comedian didn’t spend much time mocking him directly, he did spend plenty of time schooling him with facts.

“I’m not here to pick on Howard, because I don’t believe in kicking billionaires when their down,” he said. “But this idea of a pox on both of their houses is just factually wrong.”

For instance, Republicans have blown up the deficit for 40 years with trickle-down economics and tax gifts for the wealthy despite evidence that the policies are a complete failure while Democrats like former Presidents Bill Clinton and Barack Obama end up with a surplus or significantly pay down the deficit while making sure their programs are paid for.

Democrats also believe in science and want to do something real to fight climate change while Republicans believe that holding a snowball means climate change is fake.

Maher also consulted the work of two scholars who have been studying Congress for 50 years. Until a certain point, there were only some minor differences between the parties, but the gulf has since widened significantly in only a few years as Republicans moved further to the right while Democrats remain closer to the center.

“Congress is not broken,” Maher said. “The Republican Party is broken.”

“Only one side generally trades in reality anymore,” he continued, pointing out that President Donald Trump has lied over 8,000 times since taking office two years ago.

Using a Venn diagram, Maher explained that “both parties are not extreme,” but Republicans and the insane constitute a “perfect circle.”

“So when you say that both parties are the same, just know that that doesn’t make you a sage,” he concluded. “It’s a stupid person’s idea of a smart thing to say. It’s a cheat that says you’re above it all when you’re really just too lazy to tell shit from Shinola. It’s the central fraudulent idea that allowed an outsider like Trump to get elected. It’s like claiming that ‘I don’t read makes you smarter.'”