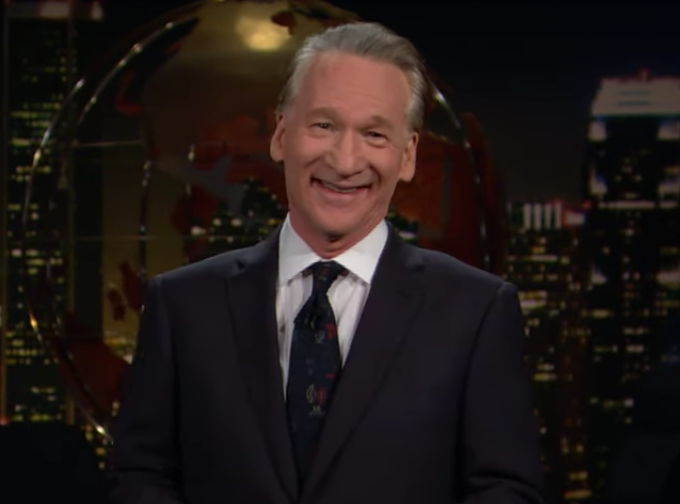 It turns out that President Donald Trump’s birthday was Friday, and HBO host Bill Maher could not resist hilariously roasting him to cap off the day.

“They had a big party, cake, candles– then they played their favorite game: pin the blame on the Mexicans,” he began.

Trump is now 73-years-old, yet he attacked former Vice-President Joe Biden’s age. Biden is only three years older than Trump. Maher noted that Trump suggested that Biden has had some work done to make himself look younger. As usual, Trump offered no evidence to back up his suggestion.

The HBO comedian quipped that Trump is full of crap because with as many Democrats running in the 2020 presidential field, the last thing the party needs is a new face.

Maher then mocked Trump’s poll numbers, which are tanking as Biden is ahead of him in several swing states and is just two points behind Trump in Texas.

Of course, Bill said Trump’s dismal poll numbers are probably why he is desperately trying to blame Iran for something so he can justify war, even release fuzzy video of a small boat sidling up to an oil tanker that has just been the victim of an explosion. You know, because only Iran can possibly have technology like a small boat.

Maher advised Iran to write “a beautiful letter” to Trump to stroke his ego like North Korean dictator Kim Jong Un has been doing in order to ease tensions.

Trump also openly solicited foreign governments to meddle in the 2020 Election this week by saying he would listen if one of them offered dirt on his political opponents, which shocked ABC host George Stephanopoulos, whom Maher said has never seen such a big stain on the Oval Office despite working in the Clinton administration.

In the end, Maher took a parting shot at outgoing White House press secretary Sarah Huckabee Sanders by suggesting her next job be at Burger King because she has experience with whoppers.