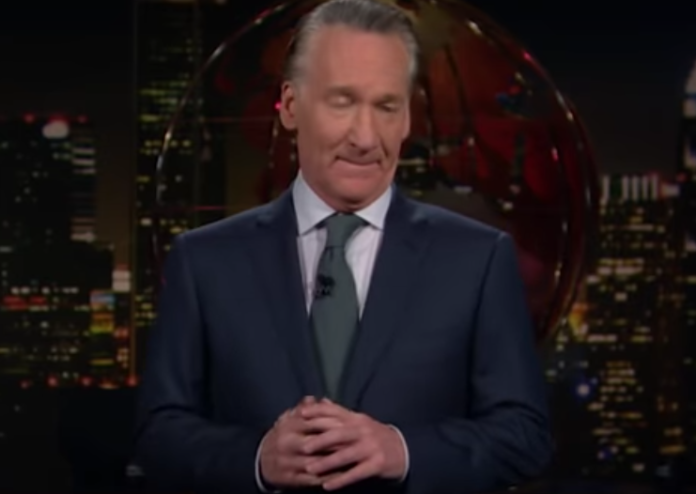 HBO host Bill Maher took aim at President Donald Trump on Friday night for holding a rally in Michigan this week to spike the football in celebration of his biased Attorney General writing a summary of the Mueller report that clears him.

Just a week ago, Special Counsel Robert Mueller submitted his final report and Attorney General William Barr rushed to write a summary claiming that it clears Trump of conspiracy but does not exonerate him on obstruction of justice. However, Barr chose not to pursue charges because Mueller cowardly chose not to make a recommendation.

Ever since then, Trump has been insisting that he has been “totally exonerated” even though he really hasn’t been, all while Barr refuses to release the report so the American people can read it for themselves.

In short, it’s a cover-up because the report is likely worse than Barr has made it out to be.

“We’re not allowed to read the report,” Maher began. “We have a new faith-based justice system.”

Observing that Trump is like a “bizarro world Obama” where we’ve seen Trump’s birth certificate but not his grades, tax returns and the Mueller report, Maher moved on to Trump’s Michigan rally, where he “went apesh*t and lied his ass off” about the report.

“Yes, the pregnancy test came back negative, but that doesn’t mean you’re a virgin,” he said.

”So, he immediately went on an ‘I got away with treason’ tour,” Maher continued. “He was in Michigan last night; they were chanting ‘four more years.’”

Trump also paraded out his “greatest hits” including phrases like “lock her up” and “drain the swamp” while bragging about himself and the 2016 Election that he refuses to shut up about.

“Then he launched into this thing; ‘I’m the elite one. I have a better education. I’m smarter. I went to better schools’” Maher said. “This is the president of the United States. That’s when I started chanting, ‘Four-year-old, four-year-old.’”

Maher concluded by defending Rep. Adam Schiff (D-Calif.) after Trump attacked him and referred to him a “pencil neck” during the rally.

“I’d rather be a pencil neck than a mushroom d*ck,” Maher quipped.