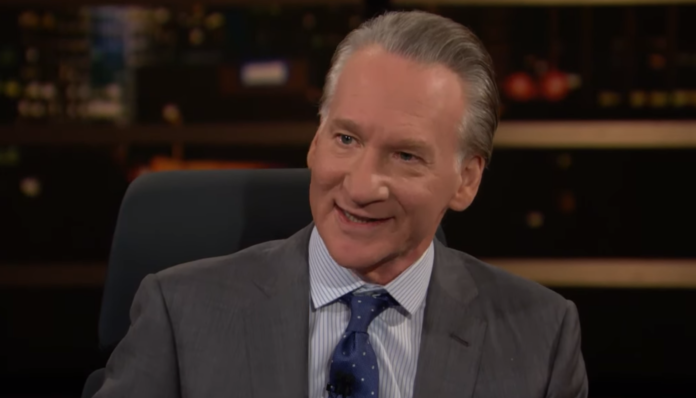 “Trump said he briefly discussed special counsel Robert Mueller’s report in a call with Russian President Vladimir Putin on Friday, but didn’t warn his Russian counterpart to not meddle in the next US election.

“President Donald Trump said he briefly discussed special counsel Robert Mueller’s report in a call with Russian President Vladimir Putin on Friday, but didn’t warn his Russian counterpart to not meddle in the next US election.

“‘We didn’t discuss that. Really, we didn’t discuss it. We discussed five or six things. We also went into great detail on various things,’ Trump told reporters in the Oval Office after the phone call, which occurred on Friday morning.”

Yes, you read that correctly: Trump didn’t tell Putin to stay away from the 2020 election, perhaps because he knows he’s going to need the Russian autocrat’s assistance if he has any hope of being re-elected.

That phone call, and Trump’s refusal to warn Putin, was one of the topics on “Real Time With Bill Maher” Friday evening, with host Bill Maher slamming Trump for being a willing toady for the Russian leader.

“What would you have wanted President Trump to say to Putin during his phone call today?

“We just got a big report from the Mueller team, it took over two years and the one thing that they said that was the big headline was, ‘You definitely interfered in our last election’ If you do it again, there will be serious, serious consequences! That is what any president would do.”

We see yet again that Donald Trump is utterly beholden and servile to Putin. He goes out of his way to be accommodating and friendly to a man who has murdered innocent civilians, executed journalists, and invaded his neighbors on a whim.

The current president of this country is a national security threat. He must be removed from office via impeachment or at the ballot box.