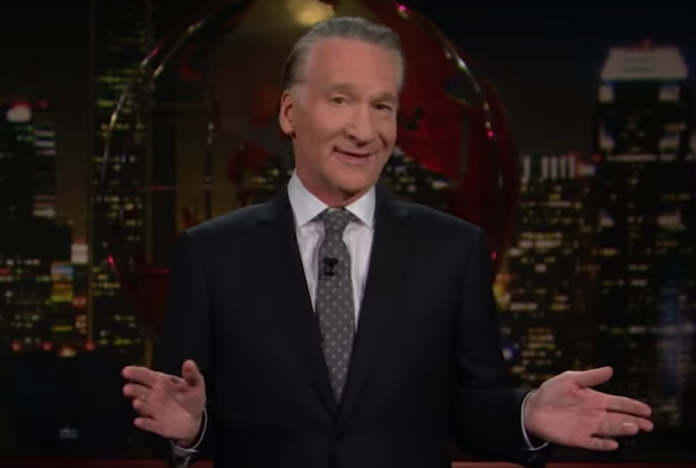 Mueller turned in his report to Attorney General William Barr earlier in the day, so it came as no surprise that the “Real Time” audience went extra wild in anticipation on what Maher had to say about it.

“I know why you’re happy,” Maher began. “The Mueller report finally came out. For liberals this is like Christmas.”

The comedian then poked fun at various media outlets that have been offering only speculation about what the report says because they haven’t actually been able to read it.

“What we do know,” Maher continued, “is that Individual 1 is in deep number 2.”

He then wondered if it would even matter if the report incriminated Trump in criminal activity because Trump has “poisoned the well” by accusing Mueller of bias.

“That’s what I used to do when I knew a bad report card was coming,” Maher quipped. “I’d be like ‘Mom, keep in mind the teacher is an a**hole who has it out for me.'”

Then he pointed out that Trump has tweeted over 170 times that the probe is a “witch hunt” even though several of his own campaign associates, including Paul Manafort, Michael Flynn, and Roger Stone have all been indicted or have plead guilty.

“That’s a lot of witches,” Maher said. “And Trump himself is a whiny little witch.”

He went on to point out that Trump’s “mind is melting” because he has been attacking McCain, who died of brain cancer seven months ago.

“He is not colluding with reality. This week began with the most voluminous Twitter storm we’ve ever seen. And then when he ran out of living people to f*ck with he started some sh*t with a cadaver, John McCain, just hurling insults at a man who has been dead for seven months…and McCain’s widow Lindsey Graham says nothing.”

Once again, Maher knows where to hit Trump and Republicans where it hurts.