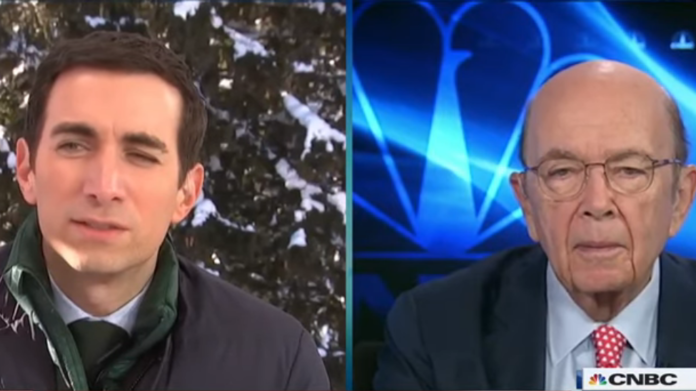 Secretary of Commerce Wilbur Ross said Thursday that he simply cannot understand why furloughed federal employees are going to food banks just because they haven’t been paid in over a month.

Appearing on CNBC, Ross was asked about reports that many federal workers are lining up a food banks in order to provide for their families. Ross, who just so happens to be a billionaire, said those reports didn’t make any sense to him:

“I don’t really quite understand why. Because, as I mentioned before, the obligations that they would undertake, say borrowing from a bank or a credit union are in effect federally guaranteed.”

Ross neglected to address the issue of federal contractors who aren’t eligible for guaranteed loans that are secured by the government and won’t get any back pay. He also failed to mention that taking such a short-term loan can lead to a borrower having their credit report downgraded.

While he was at it, Ross also tried to downplay any economic impact that will be caused by the shutdown, which is now in its 34th day:

“Put it in perspective, you’re talking about 800,000 workers, and while I feel sorry for the individuals that have hardship cases, 800,000 workers if they never got their pay, which is not the case they will eventually get it, but if they never got it, you’re talking about a third of a percent on our GDP. So, it’s not like it’s a gigantic number overall.”

That assessment from the commerce secretary, however, is in direct contradiction of remarks made this week by Kevin Hassett, who serves as chairman of the White House Council of Economic Advisers. Hassett admitted that the shutdown could wind up leading to zero percent economic growth in the current fiscal quarter:

“If [the shutdown] extended for the whole quarter and given the fact that the first quarter tends to be low because of residual seasonality, you could end up with a number very close to zero.”

Much like the president he works for, Wilbur Ross doesn’t have a clue how average Americans live. He needs to take the silver spoon out of his mouth and join the real world, where people often live paycheck to paycheck.