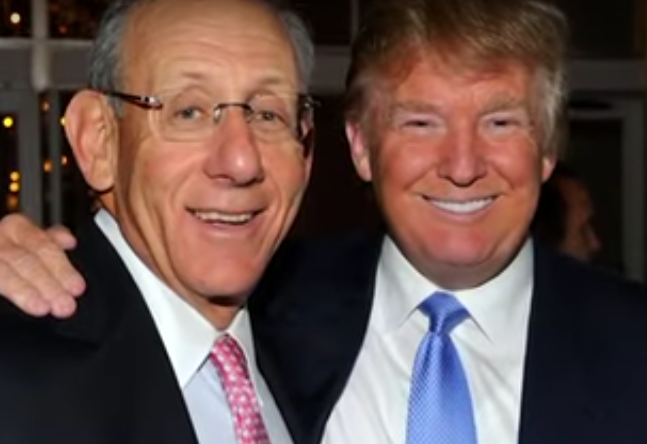 Billionaire businessman Stephen Ross may be re-considering whether throwing a high-dollar fundraiser for President Donald Trump is worth losing business for after customers threatened a boycott.

Ross chairs a company that owns fitness brands Equinox and SoulCycle, but also owns the Miami Dolphins NFL franchise. He has been planning a fundraiser for Trump’s 2020 re-election campaign, but after his plans went public, customers of his businesses were not happy that Ross is raising money for a divisive racist who incites white nationalist terrorism.

“Tickets are priced at $100,000 for a photo opportunity and lunch, and $250,000 for the package that includes the roundtable discussion,” the Washington Post reports.

After learning that his customers are angry, Ross expressed his concern but Trump’s associates told him to ignore the people who helped make him rich.

Ross, who also owns the NFL’s Miami Dolphins, “freaked out” at the backlash, a source said, adding that Trump associates persuaded him to go ahead with the event at his Southampton mansion.

“Stay strong, it’s not going to be that bad. Not that many people are going to boycott the gym,” was another source’s paraphrasing of what Trump’s associates conveyed to Ross.

Ross claims that he opposes Trump’s racism, referring to himself as “champion of racial equality, inclusion, diversity, public education, and environmental sustainability.”

But if that were true, he would not be fundraising for a man who spews racism on a daily basis and has spent the last three years dismantling environmental protections and regulations in the United States/ Trump also denies that climate change is real.

In the wake of the El Paso shooting, Morning Joe host Joe Scarborough proposed boycotting Trump’s big-money supporters in order to shame them into dropping their support. After all, if Trump won’t change his behavior, the businesses and wealthy individuals who support him might change theirs. But it appears Ross is prepared to go through with the fundraiser even if his public image suffers. That’s the kind of behavior that enables Trump’s own.

And it’s why all Americans should boycott Ross and any business owned by a financial backer of Trump.