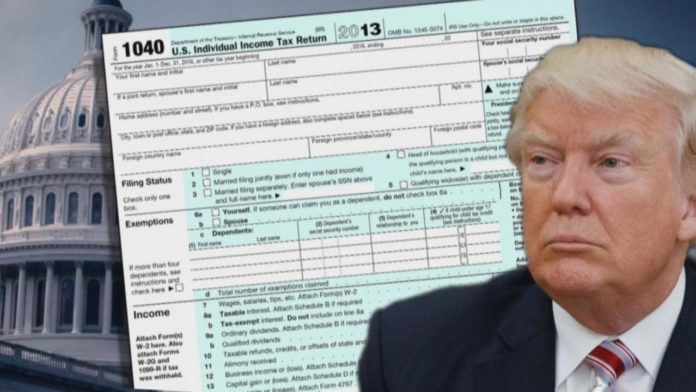 Many of America’s billionaires have signed an open letter calling upon the people to demand a national wealth tax to generate new tax revenues.

The letter is signed by wealthy individuals such as George Soros, Abigail Disney, Regan Pritzker and over a dozen others, and names Senator Elizabeth Warren (D-Mass.) South Bend Mayor Pete Buttigieg and Beto O’Rourke as the Democratic 2020 presidential candidates who support the idea and are best suited to make it a reality.

President Donald Trump’s 2017 tax law is a disastrous failure that caused the deficit to balloon while costing America’s middle class and poor trillions of dollars, which ended up in the pockets of corporations and the wealthy few.

Clearly, the federal government must adopt tax hikes on the wealthy to get our nation back on track. But that’s not going to happen with Republicans in control, which is why the billionaires wrote a letter pleading with Americans to tax them for the good of the country.

“We are writing to call on all candidates for President, whether they are Republicans or Democrats, to support a moderate wealth tax on the fortunes of the richest one-tenth of the richest 1% of Americans — on us,” the letter said. “The next dollar of new tax revenue should come from the most financially fortunate, not from middle-income and lower-income Americans.”

The idea has been around awhile and serves as an alternative to Senator Bernie Sanders’ (D-Vt.) plans to enact tax rates up to 77 percent on the richest Americans, which is likely why they did not name Sanders in the letter.

Nonetheless, they certainly seemed to make a compassionate argument for it.

“America has a moral, ethical and economic responsibility to tax our wealth more,” they wrote. “A wealth tax could help address the climate crisis, improve the economy, improve health outcomes, fairly create opportunity, and strengthen our democratic freedoms. Instituting a wealth tax is in the interest of our republic.”

Indeed, but it will likely take a higher tax rate than what is being proposed to achieve all of these outcomes. Trickle-down economics has stolen trillions of dollars from the bottom 50 percent of Americans and transferred it to the rich, who do not need it. This system has been pervasive for the last 40 years and it should not take 40 more years to reverse the damage. Two or three cents on the dollar is a laughable tax compared to how the rest of the American people have been pillaged over the years. These billionaires seem serious, but they should support an even high rate if they really care about doing the right thing for our country.