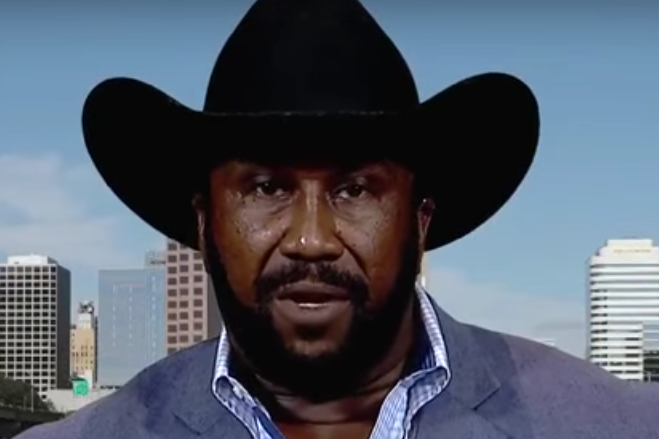 President Donald Trump claims that he is helping farmers, but National Black Farmers Association president John Boyd, Jr. vehemently disagrees and explained why during an interview on CNN Friday.

On Thursday, Trump announced a $16 billion aid package for farmers that Washington Post business reporter Catherine Rampell pointed out is money borrowed from China to pay farmers to not sell their soybeans to China, money that will have to be paid back by taxpayers despite what Trump claims.

“We will ensure that our farmers get the relief that they need — and very, very quickly,” Trump insisted in a speech this week. “We want to get them back to the point where they would have had a good year. The $16 billion of funds will help keep our cherished farms thriving and make clear that no country has veto on America’s economic and national security.”

“The American farmers have been used as a vehicle for China to try and hurt our country,” Trump rambled on. “China has openly stated they are going to use the farmer. The reason is because I got the farmers’ votes.”

One farmer who certainly feels used is National Black Farmers Association president John Boyd, Jr., not by China, but by Trump.

Boyd noted that the last time Trump unveiled an aid package for farmers that he didn’t receive a single dime of it, with much of it going to farmers in countries like Brazil instead of in the United States.

“This administration has failed small scale farmers,” he said. “It has failed black farmers like myself.”

Boyd then explained that while Trump is closing markets off to American farmers, he’s not opening new markets to give them an alternative, making it impossible for them to sell crops to anyone outside the United States.

“We need to reopen these doors to places like China who had — who were purchasing 90 percent of U.S. soybeans,” he said. “And this administration has failed to open up new markets, and that’s what’s hurting us here. You take away the biggest market and don’t open up, you know, new doors for farmers.”

Trump keeps bragging about having the votes of farmers, but his policies have hit farmers in red states the most, which is why many Iowa farmers are turning their backs on him even though they voted for him in 2016.

Most farmers in this country are losing far more money than what the aid package is worth, so Trump really isn’t helping them much. Meanwhile, taxpayers are the one paying for his tariffs, not China. In fact, China is just buying agricultural products elsewhere while loaning the United States more money that will be paid back by American taxpayers with interest. So, not only are taxpayers paying the tariffs, we are paying for the loans as well. And the longer this trade war drags on the worse things will become because Trump has no clue about anything to do with economics.