The United States Blues
Home National News Black Republican: Cops in the U.S. ‘treat their dogs better’ than they... 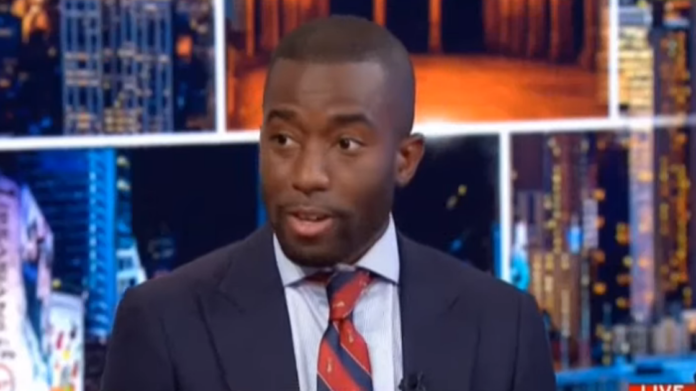 Once again this week, we got yet another example of how some police officers treat African-Americans in this country when a cop in Phoenix violently arrested the parents of a four-year-old girl who walked out of a store with a doll that hadn’t been paid for. Here’s the video of that incident, which occurred months ago but was just released by the Phoenix police department:

“I think about that young man talking about his child, and this is their first interaction with police. And that is the life, that’s the life lesson that that child is being taught is that in that moment, that police officer was trying to hurt her and to hurt her parents. That’s unacceptable.”

That’s when Singleton made it clear that he too thinks the many police officers in this country treat African-Americans much differently than they do those who are white:

“No, you’re right. And I have no expectation that the Republican Party is going to do anything about this. And as an African-American, I don’t have a lot of hope that white people, in general, would do anything about this. Watching that video pisses me off. I’ve got to tell you there’s this characterization that black men we aren’t there for our kids, can our wives, girlfriends and there you have this young guy who is the same age as my brother. These people treat their dogs better than they treat us.”

You’re a Republican saying this. If I said this, I’m a demagogue

Singleton concluded his remarks by saying the discrepancy between how the police treat whites and people of color needs to change:

“Why would you tell a mother to put a baby on the ground?

“It’s the same story in Minnesota with Philando Castile, the same thing when they hunted Trayvon Martin down, Eric Garner. When is it going to stop? It’s unacceptable.”

It’s unacceptable and it needs to end. If cops insist on treating people of color the way the officer in Phoenix did, then they need to lose their jobs and be banned from ever serving in law enforcement again. Only then will things change.

Here’s the video from MSNBC. The segment begins at the 35:15 mark: