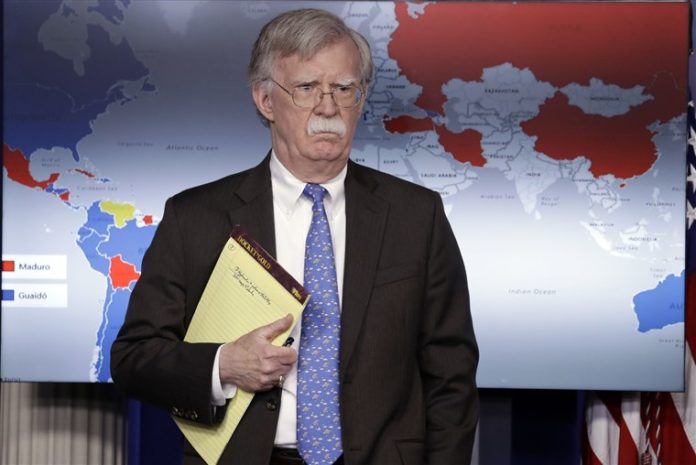 Based on notes National Security Adviser John Bolton had written on a legal pad he brought into Monday’s White House press briefing, it appears that the Trump administration is now on the verge of using military force in Venezuela.

“During a White House press briefing meant to detail new sanctions on Maduro and Venezuela’s state-owned oil company, Bolton was photographed holding a yellow legal pad that read, ‘5,000 troops to Colombia,’ a country sharing a border with Venezuela.”

Eagle-eyed social media users who saw photos from the press briefing alertly spotted the notations on Bolton’s legal pad and immediately tweeted out the evidence:

So this notepad that National Security Advisor John Bolton was holding today at the White House briefing on Venezuela says:

If confirmed this would be a pretty terrible OPSEC breach.https://t.co/KS0Issfvps pic.twitter.com/IOrSprG567 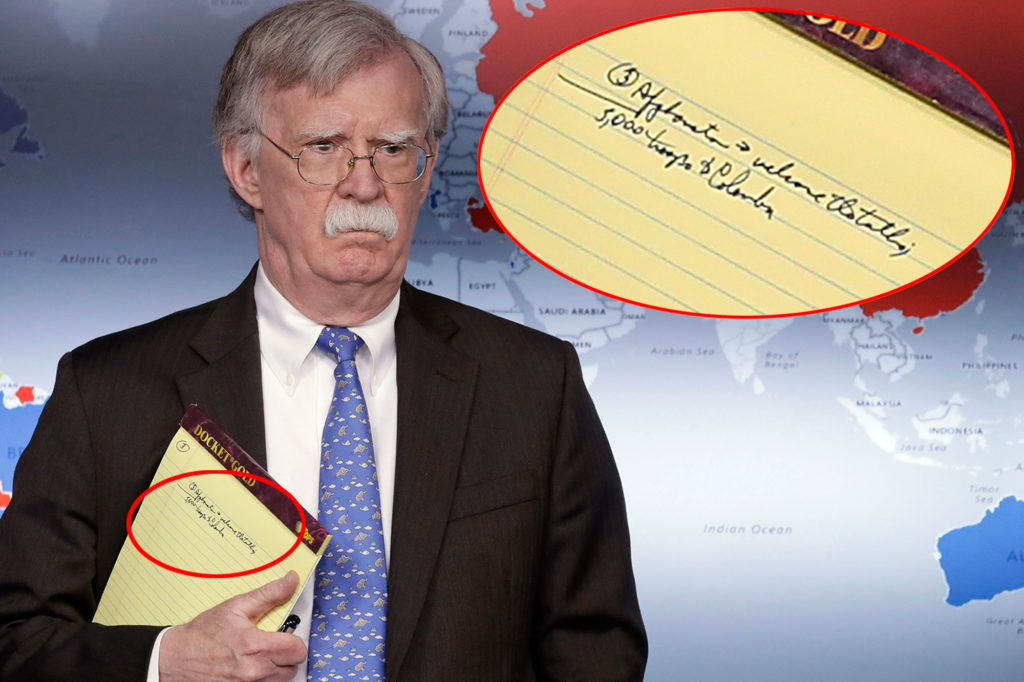 When asked if troops were indeed being sent to Colombia, a White House spokesperson would only comment:

“As the president has said, all options are on the table.”

Geoff Ramsey, an expert on Venezuela at the Washington Office for Latin America, a think tank, said he doubts military action would solve the larger problems in the country:

“I have to think that there’s not much real appetite for a military intervention in Venezuela in the Trump administration.

“[U.S. officials are] really interested in talking the talk and not necessarily walking the walk. And I think the Maduro regime knows that, and they know that a kind of confrontational rhetoric really ultimately weakens the hand of the U.S.

“I would like to think that the foreign policy establishment actually understands that intervening militarily in Venezuela would be a disaster.”

But with Trump still stinging from his inability to obtain money for his border wall, his poll numbers plummeting, and Special Counsel Robert Mueller getting ever closer to the Oval Office, it’s not exactly a stretch to imagine that this president might well start a war in order to sweep his failures away and change the narrative.