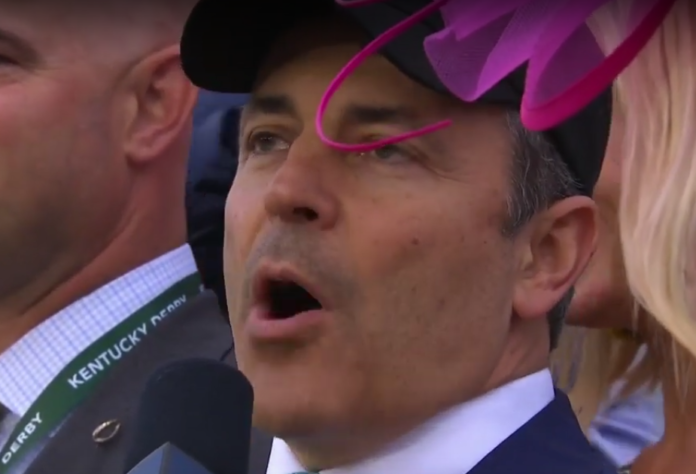 Kentucky Governor Matt Bevin found out how his state really feels about him on Saturday after the 145th Kentucky Derby race came to a close when boos mercilessly rained down upon from those in attendance, drawing cheers on Twitter.

Bevin currently has a 33 percent approval rating heading into the 2019 gubernatorial election later this year, which already has President Donald Trump and Republicans panicking because his loss in a red state that Trump won could be a sign of things to come for the GOP in 2020.

Bevin is unpopular because of his attacks on healthcare and education.

And the audience at the Kentucky Derby could not have made it any more clear that they should be scared on Saturday by booing and jeering Bevin as he presented the trophy to the winner, who, just like Trump in 2016, won the race despite coming in second place.

They booed Bevin even though he said Kentuckians are “the most hospitable people on the earth.”

Clearly, Bevin is not welcome in his own state.

Here’s the video of Bevin being booed via YouTube.

After Matt Bevin gets boo’d he immediately goes to twitter to block everyone in Kentucky pic.twitter.com/ZANcFrVgWM

For non-Kentuckians watching: The boos aren’t for Country House, they’re for Matt Bevin, the most hated governor in the USA #KentuckyDerby2019

The crowd booing Matt Bevin has been the best part of this Derby Day. #KentuckyDerby2019

Matt Bevin saying Kentucky has the most hospitable people on the planet as he gets booed off the stage is absolutely hilarious.

Matt Bevin is going to do a facial recognition scan to Churchill Downs to see which teachers were booing so he can dock them a year’s salary. Derby!

Kentucky has a lot of great Derby winners. But none are as great as 2017 Derby Winner Always Dreaming who did something none of the rest of Kentucky could.

He bit low ratings Governor @MattBevin in the barn.

A bite from all Kentuckians! pic.twitter.com/RiuwipeiVk

This is surely one Kentucky Derby that Bevin will want to forget.