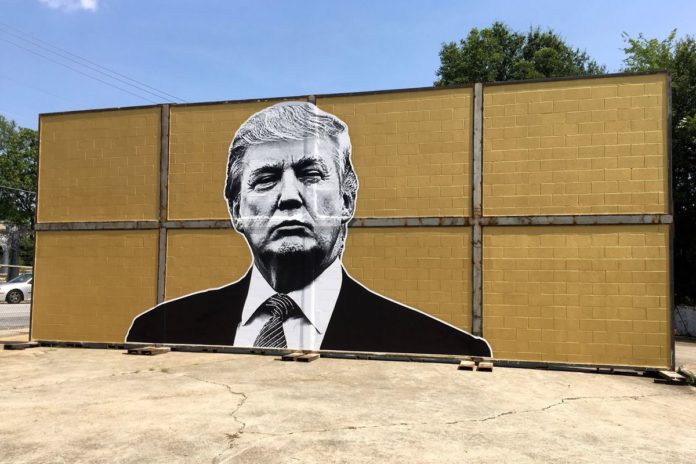 Back in May, President Donald Trump claimed that his long-promised wall on the U.S.-Mexico border was already under construction, telling supporters in Florida:

“You see the hell we are going through trying to get the wall. We’re going to have over 400 miles of wall built, much of it is already started, by the end of next year, and we’ll conclude it pretty shortly thereafter. We’ll have the whole thing sealed up and it will be a lot easier.”

Politifact later noted that Trump had not exactly been honest in his assertion.

And now we have U.S. Customs and Border Protection admitting that they haven’t built a single mile of the wall since Trump took office three years ago, according to the conservative Washington Examiner:

In a statement last week, U.S. Customs and Border Protection, the federal agency overseeing border barrier construction, confirmed that all the fencing completed since Trump took office is “in place of dilapidated designs” because the existing fence was in need of replacement.

The agency said that it had built 51 miles of steel bollard fence with funding that was set aside during fiscal 2017 and 2018. But while the funding was meant both to replace outdated walls and to place barriers where there previously had been none, the government has only completed the replacement projects. The projects to secure areas with no fence are still in the works.

Rather than fess up, a senior administration official tried to blame Democrats for not providing funding:

“The wall projects are moving along as quickly as practicably possible given the unprecedented obstruction from Democrat lawmakers to protect and prolong open borders.”

Not building anything new is “moving along”? That’s an interesting concept of reality.

Trump is so fully invested in his lie about the wall that his 2020 campaign has been using a slogan — “Finish the Wall” to pretend that the project is nearing completion even though it has never actually begun.

Like nearly everything Donald Trump proposes, the wall is just an illusion, something he uses for applause and to dupe his gullible supporters into thinking he’s getting things done. There is no wall construction underway, and there never was. Given that he has no money from Congress for his wall, it seems likely there never will be a wall. But that won’t keep Trump from insisting that it’s almost finished.