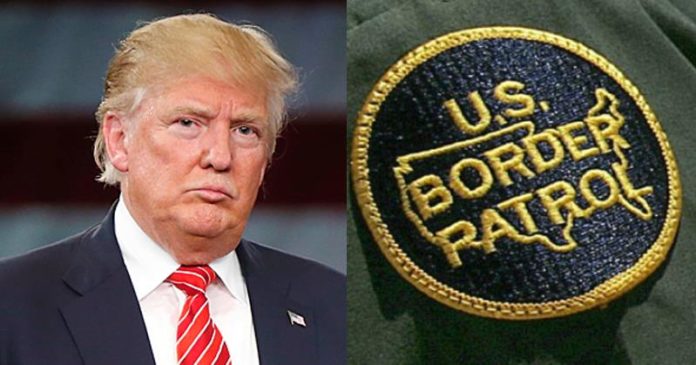 When he travels to the U.S.-Mexico border today, President Donald Trump will probably encounter border patrol agents who aren’t exactly thrilled with the fact that they aren’t getting their paychecks while Trump continues to demand billions of dollars for his wall.

The Washington Post is reporting that the National Treasury Employees Union has just filed a lawsuit against the Trump administration on behalf of its members over the pay they’ve been denied since the shutdown began on December 22:

“The collective action alleges that more than 400,000 federal employees — including tens of thousands of NTEU members — are being forced to work without pay during the partial government closure.”

Tony Reardon, president of the National Treasury Employees Union, which represents 150,000 members at 33 federal agencies and departments, said its not fair for federal employees to be forced to work without a paycheck:

“Federal employees should not have to pay the personal price for all of this dysfunction.”

And Greg Oduden, general counsel for the National Treasury Employees Union, said it now appears that tens of thousands of federal workers will not get their pay on Friday:

“I think there will be more people added as we move along, when they realize they’re being shortchanged and damaged in a serious way.”

For his part, the president has claimed that he “can relate” to not getting paid despite the fact that he was given millions of dollars by his father and has allegedly ripped off contractors and employees over the course of his career.

During a Tuesday night prime time address from the Oval Office, Trump blamed Congressional Democrats for the shutdown:

“Democrats in Congress have refused to acknowledge the crisis, and they have refused to provide our brave border agents with the tools they desperately need to protect our families and our nation.”

However, at a meeting with Congressional leaders at the White House on Wednesday, Trump reportedly stormed out of the room when House Speaker Nancy Pelosi and Senate Minority Leader Chuck Schumer refused to capitulate to Trump’s demands of at least $5 billion for construction of a wall or metal slats on the Southern border.