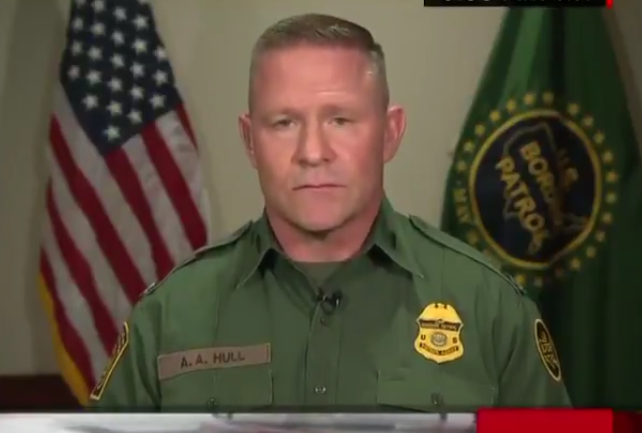 Border Patrol is now resorting to blaming the migrant children being held against will in camps separated from their parents for not being properly bathed.

Harrowing accounts of conditions inside the camps have come from Democratic lawmakers and members of the media this month detailing overcrowded conditions, lack of sleep, little to no medical care, terrible sanitation and children who are hungry and unclean, lacking the proper supplies to take care of basic hygiene.

Indeed, an American held hostage by Somali pirates even pointed out that his captors made sure he got a toothbrush and soap.

But during an interview on CNN Monday, Border Patrol Chief Aaron Hull employed a different tactic to excuse the condition of the kids in custody.

“Every two days, these children are getting offered shower facilities,” Hull claimed. “Now, we cannot make them shower. We can take them to the shower and we can put them there, but we can’t physically make them shower.”

So, now it’s the fault of the kids for not being showered, which would be a much better explanation had Border Patrol not been using other excuses or issuing denials for weeks now.

The fact is that many of these kids can’t take care of themselves. That’s why they should not be separated from their parents, who would make sure their kids are clean and properly cared for instead of Border Patrol trying to use older kids as babysitters.

Hull went on to claim that many of the kids have never brushed their teeth before and could not provide anything but excuses after Alisyn Camerota pointed out that Border Patrol agents are supposedly the adults in charge.

Inexplicably, Hull would conclude by claiming that the children use the facilities offered to them after having just claimed that children are refusing to do so.

Border patrol chief on the treatment of migrant children at Texas facility: “Every two days, these children are getting offered shower facilities. Now, we cannot make them shower. We can take them to the shower and we can put them there, but we can’t physically make them shower” pic.twitter.com/4EPeC3UTCu

Again, conditions inside the camps are so deplorable that even United Nations Human Rights Commissioner Michelle Bachelet is appalled by them. There is a reason why Presidents Obama and Bush did not enact a child separation policy and it’s precisely because parents would be able to make sure their kids are clean.

Because it’s pretty clear that Border Patrol doesn’t care and they are willing to blame innocent kids instead of taking responsibility.