The United States Blues
Home Activism This veteran might have run a $20 million con on Trump supporters... 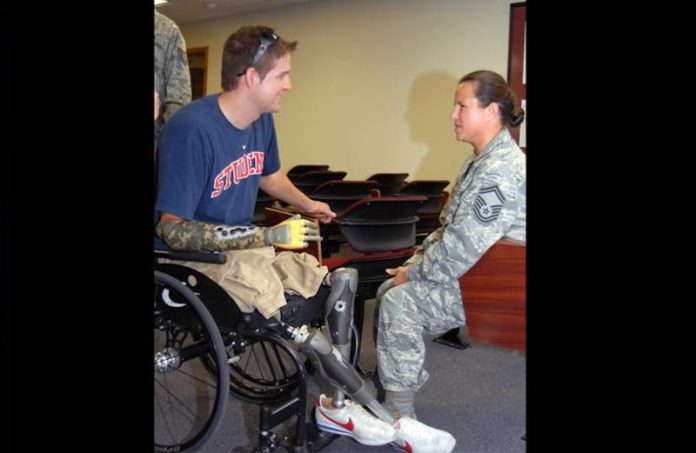 Of all the promises Donald Trump made on his 2016 presidential campaign, the one that captured the imagination of most of his voters was the wall. He promised a “big, beautiful” wall on the southern border of the U.S. (despite its impossibility.). The wall was meant to combat the supposed rising tide of criminality entering the country in the form of illegal immigrants. Now it appears that others want in on the con.

According to a new report by The Washington Post, a GoFundMe account created by Brian Kolfage, a Purple Heart recipient and triple amputee, raised over $20 million to build Trump’s wall. Donors are becoming antsy about their investment:

“Reporting on the apparent lack of progress on the private wall, published early Friday by the Daily Beast, drew criticism from Kolfage. The veteran called out the story’s author, Will Sommer, who indicated he’s repeatedly asked Kolfage for proof they were close to a groundbreaking.”

WaPo’s report quotes Kolfage as claiming that he could not reveal the locations where his non-profit had decided to build, but assuring his donors that the project is moving forward.

“I wish I could name where it’s at, but we can’t name it because of the ACLU, these other liberal groups who want to sue us and impede our progress,” said Kolfage.

It’s no secret that the presidency of Donald Trump has played out like a long con. And unfortunately for many Trump supporters, their fanaticism for the president can make them easy marks for others.

From trade wars decimating industries most important to the president’s fans to MAGA hats manufactured outside of the U.S., Trump’s supporters often accept diminishing returns on their investment in the president.

Brian Kolfage did not respond to any requests for comment.