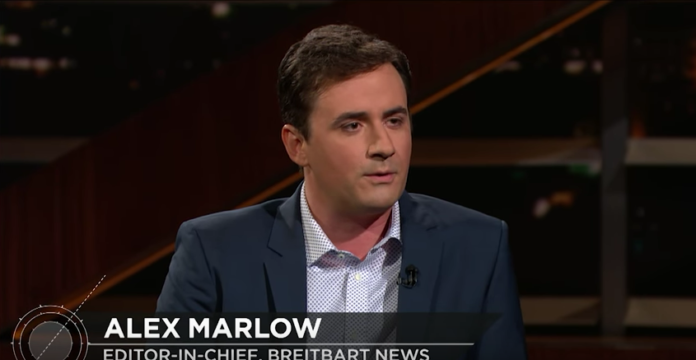 Let’s not forget how much influence Breitbart has over Donald Trump and the Republican Party.

As we all know, sexual assault allegations have been raining down upon Alabama GOP Senate candidate Roy Moore from women who were teens at the time of the abuse.

Moore has pathetically denied the accusations, and while many Republicans have denounced him and withdrawn their support, many have not, including Trump.

Of course, Trump has had to deal with allegations of his own. During the 2016 Election, over a dozen women accused him of sexual assault and harassment. Trump was even caught admitting that he grabs women by their genitals without their consent.

Republicans have had trouble talking about rape over the years, often saying something offensive as if rape isn’t a big deal or that women are just making it up.

For instance, back in 2012, Wisconsin GOP state Rep. Roger Rivard claimed that girls claim rape to avoid getting in trouble.

“He also told me one thing, ‘If you do (have premarital sex), just remember, consensual sex can turn into rape in an awful hurry. Because all of a sudden a young lady gets pregnant and the parents are madder than a wet hen and she’s not going to say, ‘Oh, yeah, I was part of the program.’ All that she has to say or the parents have to say is it was rape because she’s underage. And he just said, ‘Remember, Roger, if you go down that road, some girls,’ he said, ‘they rape so easy.’ What the whole genesis of it was, it was advice to me, telling me, ‘If you’re going to go down that road, you may have consensual sex that night and then the next morning it may be rape.’ So the way he said it was, ‘Just remember, Roger, some girls, they rape so easy. It may be rape the next morning.’”

In fact, Republicans have sought to redefine rape as a forcible act, which would delegitimize date rape and other forms of sexual assault that may not necessarily leave physical damage.

Republicans had to abandon that effort after a lot of outrage.

But now Breitbart editor-in-chief Alex Marlow is wading into the discussion about rape, and he makes it clear that conservatives still think that sexual assault is only considered rape if it’s brutal and forced. He also echoed Rivard by claiming that women often claim that consensual sex is rape.

“Rape used to have a narrow definition,’ Marlow said. “Rape used to have a definition where it was — it was brutality, it was forced sexual attack and penetration. Now it’s become, really, any sex that the woman ends up regretting that she had. You guys can do this in your own mind, where rape used to mean something. We used to all knew what it meant. And then now we don’t know what it means. And then we don’t know what’s credible and what’s not. And now everyone is going to come forward.”

Here’s the video via Media Matters.

Once again, another conservative voice is making dumbass remarks about women and rape. And it’s especially disturbing because Breitbart influences so much of the Republican Party and Donald Trump. We could very well end up seeing Republicans trying to redefine rape and sexual assault again to intimidate women from coming forward in the future.

But instead of doing that, Republicans should tell their members and their propaganda machines to stop talking about rape unless they are going to condemn it without exception. Because that is the only acceptable way to treat rape in this country.