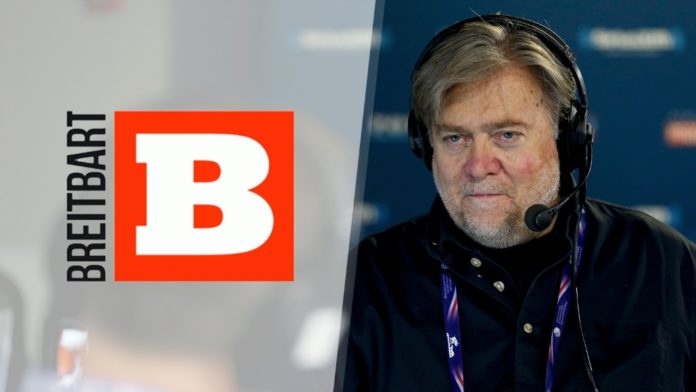 Back in January, in the aftermath of Michael Wolff’s book Fire and Fury, Steve Bannon was ousted as executive chairman of the Breitbart News Network due in large part to comments he made to Wolff regarding the Russia investigation and President Trump.

But now, just two months after Bannon’s departure, Breitbart is losing readers in huge numbers. According to comScore, the site has dropped from 15 million visitors in October,  to 13.7 million in November, 9.9 million in December, 8.5 million in January, and just 7.8 million in February. Politico reports:

“[Breitbart’s] comScore figure for January was down 51 percent from the same month a year earlier, and the February number was down 49 percent from 2017. Last month was the site’s least trafficked since February 2015, four months before Donald Trump declared his candidacy for president.”

Was Bannon that valuable to Breitbart? Not necessarily. The sudden plunge in viewers could also be based on other factors which are impacting other right-wing news sites, including:

But Bannon’s absence has also been felt, and its influence is fading, too. Conservative commentator Erick Erickson noted:

“As a talk radio host, I haven’t used a Breitbart story in at least six months. They have a lot of readers and lot of people reading by habit, even if not as many. But they seem less able to stimulate a conversation or move an agenda now.”

Ben Shapiro, who worked at Breitbart as an editor, said Breitbart without Bannon is not nearly as important as it once was, and cannot seem to find its place in the online news world:

So is Brietbart facing an existential crisis that could wind up causing it to become an also-ran in conservative media circles? MediaRadar CEO Todd Krizelman thinks so:

But, Shapiro notes, the future isn’t totally dark for Breitbart. With the support of billionaire investors Robert Rebekah Mercer, anything can happen, and other news sites are facing the same uncertainty:

“I think there’s always a possibility for turnaround with any of these sites. There are broader questions about the entire news business model, obviously. You combine that with a site that’s lost its editorial mission, and they’re going to need to figure out who they are what they stand for.”