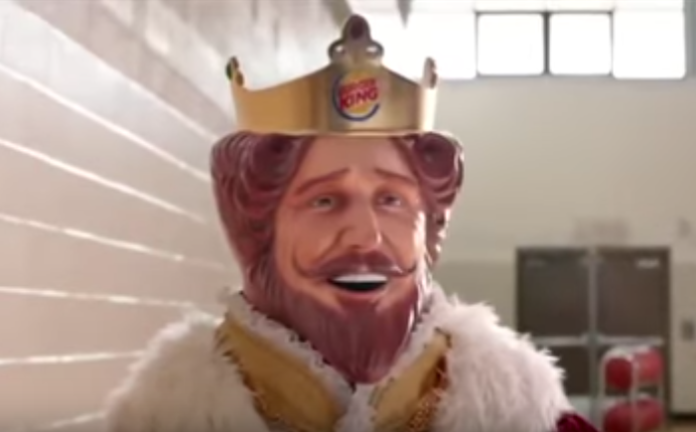 If anyone is the authority on hamburgers in this country, it’s Burger King, and the fast-food powerhouse took a shot at President Donald Trump for misspelling “hamburgers” on Twitter Tuesday in a hilarious post that delighted just about everyone.

Trump took to Twitter to brag after presenting a table loaded with fast-food to the Clemson Tigers football team on Monday night during their visit to the White House.

Due to the government shutdown, White House chefs have been furloughed, forcing Trump to find an alternative dining plan for the evening, and of course, he chose fast-food, including burgers from Burger King.

On Tuesday morning, Trump boasted about the evening and the food, but made a glaring spelling error.

Only after much mockery and several hours did Trump finally correct his misspelling.

Great being with the National Champion Clemson Tigers last night at the White House. Because of the Shutdown I served them massive amounts of Fast Food (I paid), over 1000 hamburgers etc. Within one hour, it was all gone. Great guys and big eaters!

But Burger King had already noticed and promptly burned Trump.

due to a large order placed yesterday, we’re all out of hamberders.
just serving hamburgers today.

Twitter users were absolutely delighted with Burger King for mocking Trump, and proceeded to join in.

And a small salad. Russian Dressing.

.Give your Social Media person a raise.

Odd to see beef between Trump and Burger King given how many whoppers Trump tells each day.

When youre “flame broiled” by the King! ??

I’ve been waiting all day for something like this. You totally win. I’m buying a Whopper today and I NEVER eat fast food.

Once again, Trump demonstrates that he’s an embarrassment to the United States and is not fit to hold office. Because last time I checked, past presidents were never openly mocked on the Internet by fast-food restaurants.