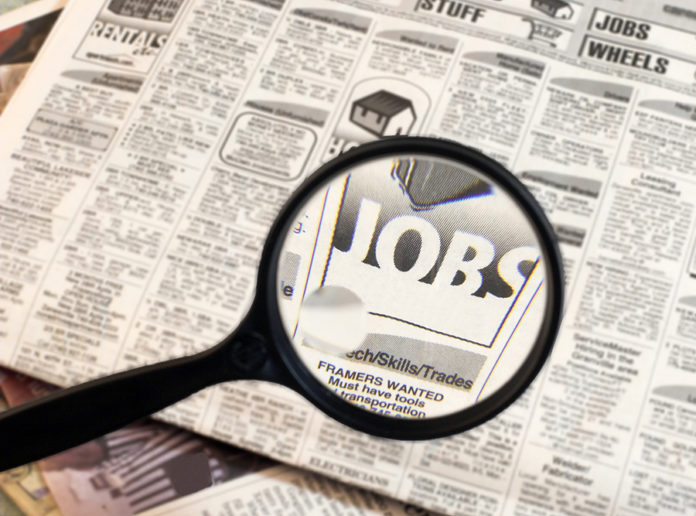 In yet another sign that the U.S. economy is slowing and may be on the verge of recession, a new survey reports that hiring by American companies has fallen to a seven-year low and fewer employers are raising the wages of their workers, the Associated Press (AP) reports:

Just one-fifth of the economists surveyed by the National Association for Business Economics said their companies have hired additional workers in the past three months. That is down from one-third in July. Job totals were unchanged at 69% of companies, up from 57% in July. A broad measure of job gains in the survey fell to its lowest level since October 2012.

The hiring slowdown comes as more businesses are reporting slower growth of sales and profits. Business economists also expect the economy’s growth to slow in the coming year, partly because tariffs have raised prices and cut into sales for many firms.

“The U.S. economy appears to be slowing, and respondents expect still slower growth over the next 12 months.”

Even though unemployment remains at a 50-year low, businesses are also much less likely to offer their employees higher pay in order to retain them. While President Donald Trump has claimed that pay is up for workers, that appears to be less than accurate.

Additionally, companies are also cutting back on their spending on machinery, computers, and other equipment, which could wind up having a ripple effect across the national economy. The level of businesses making such investments has plunged to a five-year low, the survey shows.

Sales are also down, which is always a warning sign for an economy driven by consumer demand and spending:

The U.S. economy appears to be slowing, and respondents expect still slower growth over the next 12 months.

The main culprit for the economic slowdown? The ongoing Trump trade war:

Many business economists blamed President Trump’s tariffs on steel, aluminum, and on most imports from China for worsening business conditions. Thirty-five percent said the duties have hurt their companies, while just 7% said they had a positive effect.

Of those who said tariffs had impacted their companies, 19% said they had lowered their sales and 30% said the duties pushed up costs.

Despite the bad news from the NABE, Trump tweeted out this Monday morning:

The S&P just hit an ALL TIME HIGH. This is a big win for jobs, 401-K’s, and, frankly, EVERYONE! Our Country is doing great. Even killed long sought ISIS murderer, Al-Baghdadi. We are stronger than ever before, with GREAT upward potential. Enjoy!