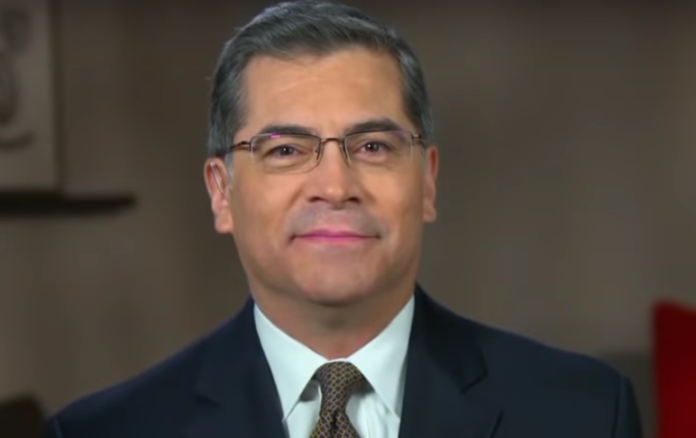 When Trump issued the declaration on Friday in an apparent effort to build an ineffective wall along the southern border that Congress did not approve funding for and a majority of Americans do not want, his arrogance got the better of him because he accidentally admitted that there is no such national emergency.

“I didn’t need to do this,” Trump said during the Rose Garden announcement. “But I want to do it faster.”

Legal experts immediately seized upon Trump’s words to challenge the declaration. And Minnesota, Hawaii, New Mexico, Oregon, and California are all using his words against him in their lawsuits to block it.

On Sunday, California Attorney General Xavier Becerra told ABC’s This Week host Martha Raddatz that he and his fellow attorneys general were prepared to file lawsuits even before Trump made the announcement.

“We knew something like this might happen, and with our sister state partners we are ready to go,” he said, informing her that lawsuits will be filed “definitely and imminently.”

Becerra then explained that he and his colleagues can prove that the national emergency declaration will harm not just California, but other states across the country as well.

“We’re confident there are at least 8 billion ways that we can prove harm,” he said. “And once we are all clear, all the different states are clear, what pots of money that taxpayers sent to D.C. he’s going to raid, which Congress dedicated to different types of services; whether it’s emergency response services, or whether it’s fires or mudslides in California, or maybe tornadoes and floods in other parts of the country, or whether it’s our military men and women and their families who live on military installations that might – that might have money taken away from them, or whether it’s money taken away from drug interdiction efforts in places like California, a number of states, and certainly Americans, will be harmed. And we’re all going to be prepared.”

Indeed, Trump has been considering stealing money earmarked for disaster relief in California and Puerto Rico and Senator Lindsey Graham (R-S.C.) admitted on Sunday that Trump is looking at taking money meant for military construction projects such as schools for children and housing for families.

Becerra then went on to use Trump’s words against him to explain why the national emergency is unconstitutional.

“He himself said it,” Becerra said. “He did not need to announce or declare a crisis. He did not have to call this an emergency. He has also said he knows he’s going to lose in court and he’s hoping that he can count on a conservative court in the Supreme Court to give him a victory because he knows he’s going to lose all the way up the ladder of the courts, the federal court system.”

And so it’s become clear that this is not an emergency, not only because no one believes it is, but because Donald Trump himself has said it’s not. But there is enough evidence to show that this is not the 9/11 crisis that we faced back in 2001, it’s not the Iran hostage crisis we faced in 1979. It’s not even the type of national emergency where we are trying to take action against a — a foreign enemy or to avoid some type of harm befalling Americans abroad.

He then explained why immigration is not a valid reason for declaring a national emergency by citing immigration statistics, statistics from his own administration that Trump rejected during his remarks.

“The national interests aren’t at stake here,” Becerra said. “We have the lowest level of entries into the country by those that don’t have permission than we’ve had in some 20 years. The Department of Homeland Security itself has said to the president that it is more difficult to cross into the U.S. at our land borders than it has been in a long time. And so it’s clear that this isn’t an emergency, it’s clear that in the mind of Donald Trump he needs to do something to try to fulfill a campaign promise.”

“That doesn’t constitute a national emergency that would require us to essentially stand down on all sorts of federal laws and also violate the U.S. Constitution,” he concluded.

If it wasn’t clear before, it should be clear now. This is a fake national emergency and any competent federal judge is going to block it, meaning Trump usurped the Constitution and put Republicans in an even more indefensible position in 2020 for nothing over a vanity wall that won’t do a thing to stop drugs or illegal immigration.