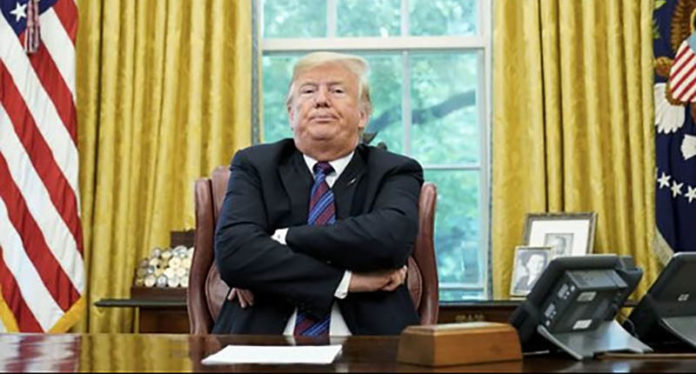 California is poised to become the first state to require presidential candidates to release their taxes by law, and President Donald Trump won’t appear on the ballot if he refuses.

So far, 18 states have introduced bills to require presidential candidates release their tax returns, such as New Jersey, but none of them have become law.

But the California legislature passed a similar measure on Tuesday by an overwhelming 57-17 margin in the House and a 27-10 margin in the state Senate. Now it goes to Governor Gavin Newsom’s desk for his signature or veto.

The Presidential Tax Transparency & Accountability Act, also known as SB 27, is a direct response to Trump’s refusal to release his taxes during the 2016 Election even though he repeatedly promised that he would do so.

And it’s totally unlikely that Trump would volunteer to release his taxes for 2020, so it’s up to the states to make sure no presidential candidate gets away with this lack of transparency.

“Presidential candidates need to put their own interests aside in the name of transparency,” state Senator Mike McGuire (D), said. “So far, our current president has done the opposite. It’s time that President Trump steps up, stops with the obstruction, and follows through with 40 years of time-honored tradition that has made this nation’s democracy stronger.”

The bill works by taking Trump’s name off the ballot if he is challenged in a primary and refuses to release his taxes. The California Constitution doesn’t allow Trump’s name to be removed from the general election ballot for some reason. But if Trump were primaried, he would not be on the ballot and would stand to lose all of California’s votes if he’s not on the ballot. That could put him in a serious hole going forward, but may not stop him from being the 2020 Republican nominee.

And Newsom may very well sign the bill since he released his own taxes during his run for governor.

Even if the bill doesn’t end up derailing Trump’s re-election bid, it could at least enrage him and provoke him into throwing yet another public temper tantrum that won’t do him any favors either.