The United States Blues
Home News California town under state of emergency despite Trump claiming earthquake is ‘under... 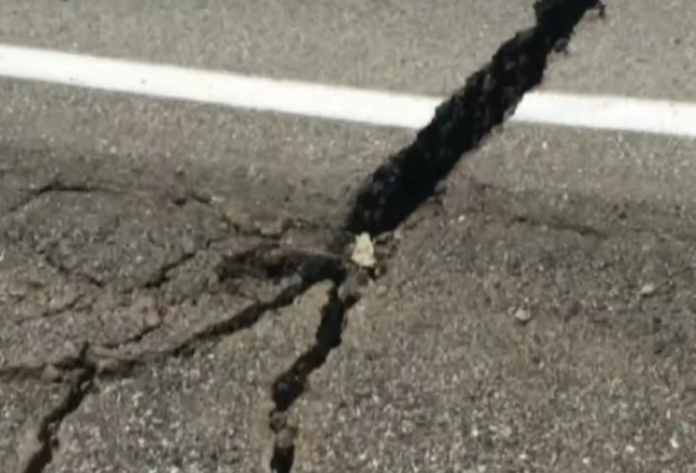 As President Donald Trump insisted that the California earthquake is “under control” on Thursday, the town of Ridgecrest declared a state of emergency, and the Internet buried Trump in ridicule.

More interested in paying attention to his July 4th party than dealing with the 6.4 magnitude earthquake that rocked the state, Trump assured everyone on his Twitter feed that all is well.

Been fully briefed on earthquake in Southern California. All seems to be very much under control!

That would be the one and only remark Trump would make about disaster the whole day, with not even an offer of “thoughts and prayers”.

The problem is that Trump had nothing “under control” because several aftershocks occurred after the initial quake and the Kern County Fire Department issued an emergency warning and announced response actions.

Emergency Alert. Another possible earthquake has been predicted within the next 15 minutes in or near Kern County

Ridgecrest Mayor Peggy Breeden later told CNN that her town is in a state of emergency as a hospital is evacuated and the city deals with broken gas lines and other issues due to the earthquake, which is the most severe to strike California in 25 years.

Again, all is clearly not “under control” as Trump claimed. Yet he proceeded to ignore the disaster in favor of his July 4th propaganda rally, which turned out to be a total flop anyway.

Twitter users rained hell upon him for not caring about California.

Whatever you do, don’t blame the earthquake on San Andreas.

But conspicuously absent from your tweet is any well-wishes for the residents of Southern California.

Except things are on fire and more earthquakes are coming. You’re a moron. Get struck by lightning already.

Hey dipshit, You can’t “control” earthquakes. They are literally predicting another quake (within the next 30 minutes) as I type this AND they are evacuating a frig’n hospital. But go ahead; enjoy your vanity show.

I live in Ridgecrest. It’s 100 degrees here today and I and many other are without power. People in a neighboring small town can’t get out because of severe road damage. I have an elderly relative stuck there without power. But Trump’s on top of it?

A real president would have offered aid to California and shown more concern. But as usual, Trump only cared about himself and his fragile ego.