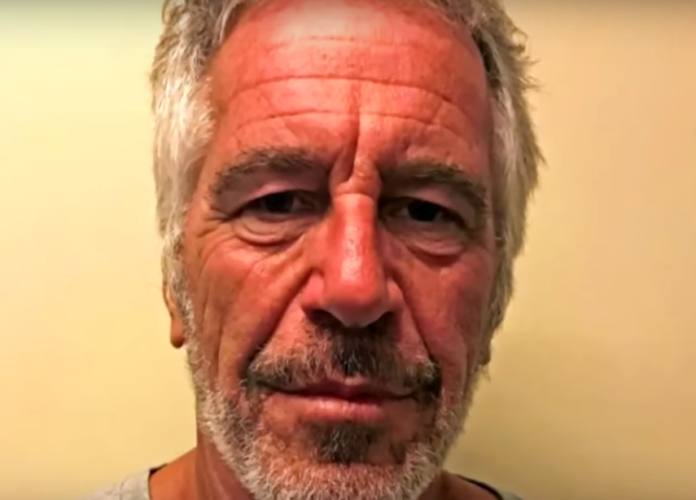 The conspiracy surrounding the death of billionaire pedophile and child sex trafficker Jeffrey Epstein just became even more suspicious after the camera outside his jail cell has been found to be conveniently “unusable.”

Epstein was found dead in his cell earlier this month not long after being taken off suicide watch stemming from a previous attempt to kill himself.

Naturally, conspiracy theories have dominated in the aftermath, especially since Epstein had been good friends with President Donald Trump, whose Justice Department is headed by his lackey Attorney General William Barr.

The autopsy resulted in more questions than answers. New York chief medical examiner Barbara Sampson ruled his death a suicide, citing broken bones in Epstein’s neck, including the hyoid bone, which can be broken in suicides by hanging.

But the same bone can also be broken by strangulation, and even Epstein’s own family isn’t buying that he killed himself.

“The defense team fully intends to conduct its own independent and complete investigation into the circumstances and cause of Mr. Epstein’s death including if necessary legal action to view the pivotal videos — if they exist as they should — of the area proximate to Mr. Epstein’s cell during the time period leading to his death,” lawyers for Epstein’s family said in a previous statement. “We are not satisfied with the conclusions of the medical examiner.”

Of course, the very camera that had video tape of Epstein’s cell has apparently either been tampered with or just had a terribly timed malfunction.

At least one camera in the hallway outside the cell where authorities say registered sex offender Jeffrey Epstein hanged himself earlier this month had footage that is unusable, although other, clearer footage was captured in the area, according to three people briefed on the evidence gathered earlier this month.

It was not immediately clear why some video footage outside Epstein’s cell is too flawed for investigators to use or what is visible in the usable footage. The incident is being investigated by the FBI and the Justice Department’s inspector general’s office, which are attempting to determine what happened and how to assess whether any policies were violated or crimes committed.

The footage is considered critical to those inquiries, and the revelation of an unusable recording is yet another of the apparent failures inside the Metropolitan Correctional Center, the short-staffed Bureau of Prisons facility in downtown Manhattan that held Epstein.

Again, Trump’s Justice Department controls this investigation and Trump was already terrified of what Epstein might tell prosecutors should he make some kind of deal to flip on other powerful men whom he helped procure underage girls.

That’s likely why Barr refused to recuse himself from the case even though he has past connections to Epstein.

Trump has only deepened the conspiracy by accusing former President Bill Clinton of somehow having Epstein murdered. But again, this happened under Trump’s watch, and Trump has far more to lose than Clinton at the moment and is in a much more powerful position to end Epstein if he wanted to do so.

Make no mistake, this news of an “unusable” camera will only generate more conspiracy accusations and mistrust of the government and law enforcement.