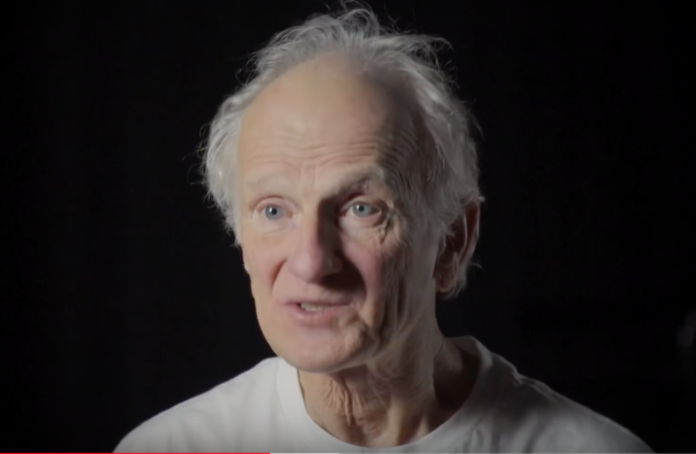 The company behind the game Cards Against Humanity is taking it upon themselves to make sure that the Trump administration can’t build their proposed border wall.

And honestly, they are heroes.

The company purchased a plot of vacant land on the border of the United States and Mexico with the aim to make it extremely difficult for Trump to build his proposed border wall.

The creators of the game, which is known for its offensive sense of humor, tweeted, “The government is being run by a toilet. We have no choice…we are going to save America and attempt to keep our brand relevant in 2017. Join in, and for $15 we’ll send you six America-saving surprises this December.” 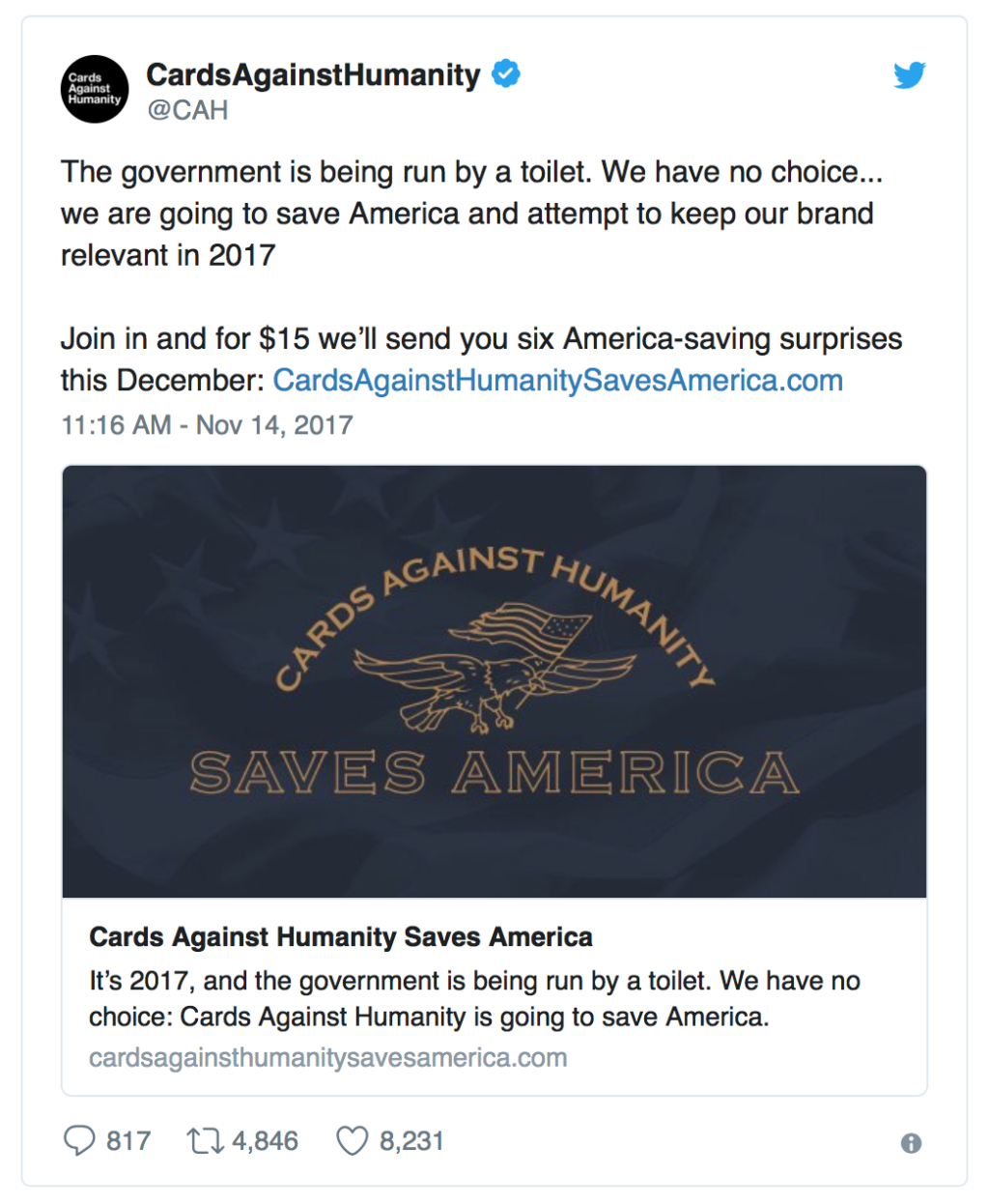 “Donald Trump is a preposterous golem who is afraid of Mexicans. He is so afraid that he wants to build a $20 billion wall that everyone knows will accomplish nothing. So we’ve purchased a plot of vacant land on the border and retained a law firm specializing in eminent domain to make it as time-consuming and expensive as possible for the wall to get built.

Fork over $15 of your hard-earned cash to Cards and they’ll send you “six surprises” in the month of December, including an illustrated map of the land, a certificate of promise to fight the wall, and some new cards.

Given the nature of the game, the company has no problem being a bit brash, and because they are self-owned, and don’t rely on big box stores to push their product, the company can get away with a bit more.”

If you didn’t love Cards Against Humanity before, let’s hope you do now! Here’s an example of a company doing their fair share of politics in the best way they know how.

Notable is this question on the website’s FAQ page: I don’t like that you’re getting political. Why don’t you just stick to card games?

The answer is glorious: “Why don’t you stick to seeing how many Hot Wheels cars you can fit up your asshole?”