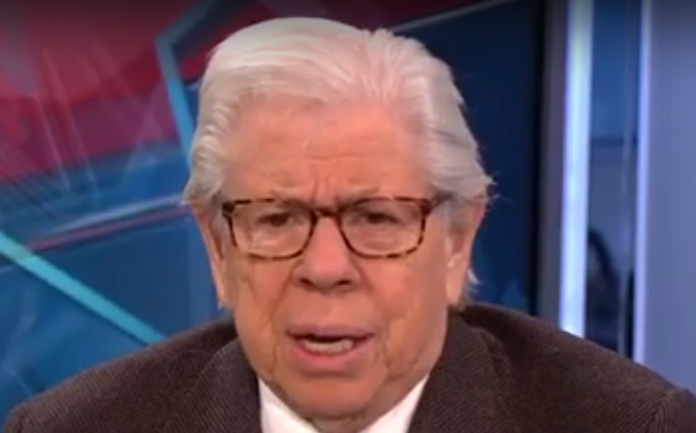 In response to a bombshell report that President Donald Trump ordered his former fixer Michael Cohen to lie to Congress about his business ties to Russia, Watergate reporter Carl Bernstein conceded that Trump’s pattern with Russia is even more “damning.”

On Thursday night, news broke that Trump ordered Cohen to lie to Congress about his ongoing Trump Tower Moscow negotiations being stopped in January 2016 when, in fact, they continued throughout the summer of 2016.

If true, it means Trump committed subornation of perjury, which carries a fine and/or prison time, and would certainly justify impeachment.

CNN turned to Carl Bernstein for analysis on Friday morning, and he began by warning that more information is needed.

“We need to know a lot of surrounding information about this whole event and about what Cohen might and might not have said,” Bernstein said. “This is a very important story if true, if accurate and if contextual.”

But if it’s true, Bernstein went on to call it “damning” evidence that further establishes Trump’s pattern with Russia. which includes a meeting with Russian agents inside Trump Tower in June 2016, calling upon the Russians to search for Hillary Clinton’s emails, the FBI opening an investigation into Trump due to suspicions that he is working for Russia, his desperate effort to hide private talks with Russian dictator Vladimir Putin, his obsession with withdrawing the United States from NATO, and his decision to lift sanctions against Russian companies tied to Putin, the latter four stories coming to light in just the last week alone.

“We have to look at it as part of a pattern of news in the last couple weeks and the important thing in many ways is no matter how sensational this story, the pattern itself is so damning about the president of the United States and his conduct as a candidate and as the president in terms of whether wittingly, unwittingly, half-wittingly he has been manipulated at almost every significant turn by Vladimir Putin,” Bernstein continued.

“Michael Cohen has proven to be a very damaging witness to the president of the United States,” he said before pointing out that if Trump directed Cohen to lie to Congress, it means he told him to lie to Republicans, who were in control at the time Cohen gave his original testimony.

And that’s why Bernstein continued to slam Republicans for not giving a damn.

“Republicans have been craven and unwilling to demand really serious investigations themselves,” he said. “Why haven’t Republicans thus far except for self-interest and very little interest in what’s really good for the country been more demanding of let’s get to the bottom of Donald Trump and the Russians? The most egregious and consistent of the president’s lying, by his family, by his sons has been about Russia. It has been consistently dishonest.”

One would think that Republicans in Congress would be deeply outraged that Trump directed Cohen to lie to them, especially since they have bent over backward to protect Trump this whole time. Now they have egg on their faces and one has to wonder when enough will be enough for them to finally turn against him.