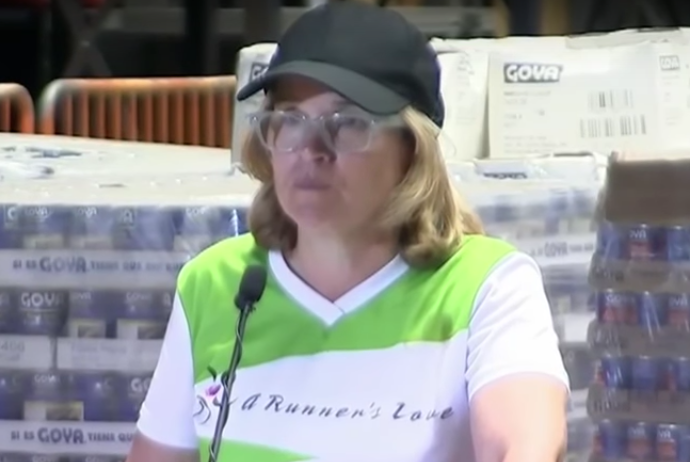 San Juan Mayor Carmen Yulin Cruz is challenging Puerto Rico Governor Ricardo Rossello in 2020, and if her announcement speech is any indication, she fully intends to be a thorn in President Donald Trump’s side if she wins.

Cruz shot to international recognition in 2017 in the aftermath of Hurricane Maria, a storm that devastated the island and caused the deaths of at least 3,000 people on the island because of Trump’s poor response to the disaster, which included a trip to survey the damage that Trump used as a despicable photo-op of himself tossing paper towels at those in need.

Trump has since decided to add injury to insult by halting disaster relief funding to the island.

Cruz repeatedly hammered Trump for not doing enough to help Puerto Rico and called him out for pretending he saved the island when, in fact, he abandoned it.

During her announcement for 2020, Cruz did not hold back.

“I’ve been thinking for a long time, what’s the best way I can serve Puerto Rico?” she began. “I’m going to do so by becoming the next governor.”

“We have to break away from the chains that tie us down in order to have a promising future and break our cycle of poverty,” she continued.

She then pointed out that the Rossello administration “was unable to count deaths after Hurricane Maria” and “stood by Trump when he threw paper towels at people.”

“The day after the hurricane, it was clear that President Trump and his Republican government were going to leave us to die,” she said. “The governor of Puerto Rico and the resident commissioner put their political interests in front of the country’s needs and kept quiet.”

Indeed, they certainly did. Rossello did nothing but praise Trump and only called him out after studies proved that 3,000 Puerto Ricans died because of the storm and Trump disputed it.

Rossello did more to protect Trump’s ego than he did to protect his own people. If any governor deserves to be ousted in 2020, it’s Rossello. And if anyone should be elected to replace him, it’s Carmen Yulin Cruz. She has the guts to stand up to Trump. And America could use more public officials like her.