The United States Blues
Home National News The Catholic Church confirmed it has different rules for priests who break... 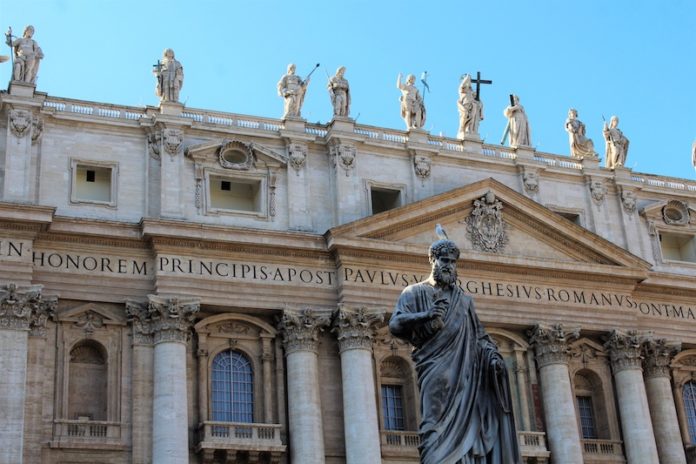 The hits seem to keep coming for The Catholic Church, in a news cycle that can’t stop producing bombshells. First, Pope Francis dealt with fallout concerning priests in France who used a congregation of nuns as sex slaves. (He declined to speak on the matter last year following an investigation by The Associated Press.)

A Vatican magazine revealed abuses by clerics resulting in nuns having abortions or giving birth to children fathered by priests
https://t.co/pTnGuM7iqe

Note that, in a story where nuns are abused, the congregation of nuns was been dissolved.

Next up, the pope defrocked former cardinal Theodore McCarrick for sexual abuse allegations, and the Catholic Church itself found McCarrick guilty of soliciting sex during confession. According to The Economist, McCarrick’s actions constituted what the Church considered, “‘aggravating factor’ of abuse of power.” The punishment is the strongest leveled in living memory.

Finally, the Catholic Church has admitted to something big — having different rules for priests who break their vows of celibacy. Further inquiry also shows that required celibacy is not biblical. Though it is reductive and unproven, chatter persists about a supposed link between the vows of celibacy and shocking tales of sexual abuse that reverberate, landing mortal wounds to the Church’s ethos.

Suspicion surrounded the existence of codified, alternative standards for priests who had broken their vows, but this is the first time the Catholic Church itself has acknowledged these guidelines. However, Vatican spokesperson Alessandro Gisotti maintains that the contents of the documents are of internal use only.

The immediate victims of these circumstances are the forgotten children of the clergy. As the Toronto Star reported in April 2017, children of priests are not hard to find, but it’s complicated:

“Canadian children of priests have struggled with guilt and suffered from being forsaken by their fathers. Pressure is mounting for the church to hold priests accountable as parents.”

Pope Francis’s recent actions signal both that he is would like to talk about sexual abuse in the Catholic Church, a notable shift from the de facto policies of his predecessors. Ahead of a sexual abuse summit, it seems only necessary that the most recognized religion in the world would need to address the elephant in the room first.

Without conversations on the damaging effects of forced celibacy, or why the Church would bend over backwards to keep priests that violated that policy, we can never eradicate the Church of the darkness people now fear. And though an abuse summit does not erase painful and ugly history, it is a start.