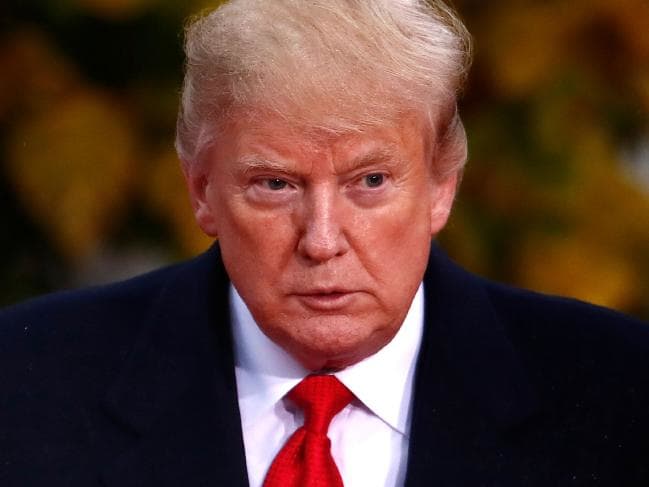 The federal budget deficit is back up to $1 trillion despite years of Republican whining about deficits during the Obama administration, according to a new report from the Congressional Budget Office (CBO).

Former President Obama had brought the $1 trillion deficit left to him by former President George W. Bush down to under $600 billion by the time he left office in 2017.

After years of using the deficit as an excuse to block Obama’s agenda, one would have thought Republicans would have worked to continue lowering the deficit. But their position on the deficit suddenly changed when President Donald Trump took office.

Late in 2017, Trump and the GOP passed a massive tax cut for corporations and the wealthy, which economists have repeatedly slammed for doing nothing to help most Americans while exploding the deficit.

Well, now the deficit is back to $1 trillion early than projected, and once again, our nation is on the verge of a recession.

In the report, the CBO noted that federal debt is the highest it’s been since World War II, and that the deficit is projected to remain over $1 trillion through 2029.

According to the CBO Director:

In our projections, the federal budget deficit is $960 billion in 2019 and averages $1.2 trillion between 2020 and 2029. Over the coming decade, deficits fluctuate between 4.4 percent and 4.8 percent of gross domestic product (GDP), well above the average over the past 50 years. As a result of those deficits, federal debt held by the public is projected to grow steadily, from 79 percent of GDP in 2019 to 95 percent in 2029—its highest level since just after World War II.

The CBO then warns that Congress must jettison the tax cuts and start raising revenues to bring the deficit down, as well as start reducing spending.

The nation’s fiscal outlook is challenging. Federal debt, which is already high by historical standards, is on an unsustainable course, projected to rise even higher after 2029 because of the aging of the population, growth in per capita spending on health care, and rising interest costs. To put it on a sustainable course, lawmakers will have to make significant changes to tax and spending policies—making revenues larger than they would be under current law, reducing spending below projected amounts, or adopting some combination of those approaches.

Since defense spending makes up the most of the federal budget, the government should start making cuts there. Republicans made a big mistake by passing Trump’s tax cuts, and now Democrats can hit them over the head with the deficit throughout the 2020 Election campaign. After all, Republicans proved they are hypocrites when it comes to the deficit.