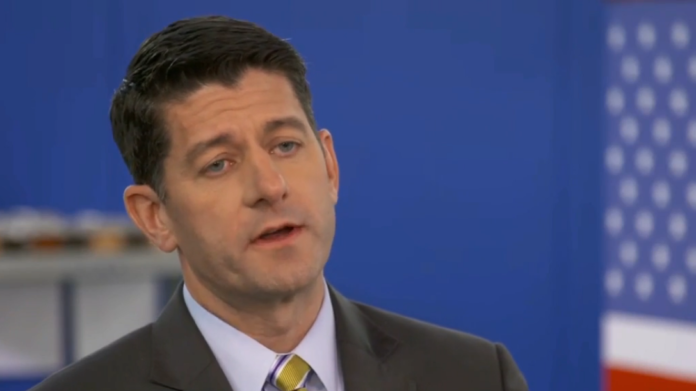 Even though he’s not running for reelection and will be leaving Congress after the midterm election, Speaker of the House Paul Ryan continues to defend the indefensible actions of President Donald Trump, even going to far as to claim that Trump is helping to unify the country.

During an appearance on “CBS This Morning,” Ryan was asked by host John Dickerson if he thought Republicans would be able to keep control of the House. Ryan replied:

“I think we are. I feel pretty good about it. I think our voter enthusiasm is where it needs to be. And more importantly, we have a great record to run on.”

“Fifty-one percent say the tax cut law does not help financially. So, that doesn’t seem like a very good record to run on. People don’t seem to be buying it.”

The CBS host also reminded Ryan that the federal deficit is higher than its been since the 2012 recession. The Speaker tried to argue that “higher revenues” will pay for the GOP tax scam plan. Dickerson countered that talking point with data, too:

“When you take into account the revenue that would increase from population, revenues are lower than they should be.”

When the interview moved on to the topic of Trump and his rallies, Dickerson noted that such events tend to “sow division in the country.” He then asked Ryan:

“Do you see that happening at his rallies?”

“Sometimes. Not always, but sometimes. I worry about tribal identity politics becoming the new norm of how politics is waged. As conservatives, we always thought this was sort of a left-wing [Saul Alinsky] thing, Unfortunately, the right practices identity politics now as well.”

As a follow-up, Dickerson asked:

“You’ve talked about inclusive politics that tries to unify. Does President Trump practice those kinds of politics?”

Grasping to regain his momentum, Ryan could only offer this half-hearted defense:

“On tax reform, on economic growth, on helping the veterans, those are things that he’s led us to that have really brought people together.”

Donald Trump is the most divisive and polarizing figure to appear on the American political scene since George Wallace ran for president. And his rhetoric is also taken from Wallace’s racist, xenophobic playbook. Trump divides in order to conquer. He doesn’t have a unifying bone in his body.