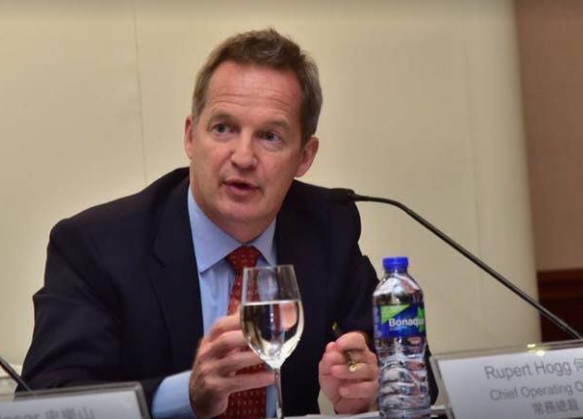 In an act of selflessness that many American CEOs would not exercise themselves today, Cathay Pacific CEO Rupert Hogg, whose company is based in Hong Kong, refused to hand over a list of employees demanded by the Chinese government, only providing his name.

Pro-democracy protests have been going on in Hong Kong for weeks as police continue to crack down and China threatens to send in the military to crush the protesters Tiananmen Square style.

As part of their effort to round up and punish protesters, the Chinese government demanded Hogg provide them with a list of employees who joined the protest. He chose to fall on the sword himself in response.

According to local Hong Kong media reports, Beijing authorities asked Hogg to hand over a list of Cathay Pacific employees who had taken part in the recent anti-extradition bill protests in Hong Kong. Instead of betraying his employees and endangering their safety, he only provided a list of one name — his own.

Indicating the intimate involvement of the Chinese Communist Party (CCP) in the investigation of the airline, Hogg’s resignation was first made public by Chinese state-run media outlet CCTV at 4:50 p.m. on Aug. 16. It was not until 5:14 p.m. that Cathay Pacific itself officially announced that Hogg was stepping down as CEO, leading to speculation that his resignation was the result of pressure from Beijing authorities.

According to local Hong Kong media reports, Hogg was asked by the CCP’s Civil Aviation Administration to hand over a list of employees who had participated in the anti-extradition bill protests. However, he reportedly only responded by providing his own name “Rupert Hogg” on the list.

In a Facebook post, Taiwanese Democratic Progressive Party leader Wang Ting-yu hailed Hogg as a hero for sacrificing himself to protect his employees.

“True warriors show the noblest glory of human nature when facing great decisions,” he wrote. “He took responsibility for the strike and resigned! He didn’t sell out any Cathay Pacific employees! He took responsibility himself! Please remember the name of this gentleman. Mr. Rupert Hogg! I salute you!”

If only CEOs in the United States were willing to go so far for the people who work for them. In fact, we could use a president who defends democracy as well because President Donald Trump appears to side with China over the pro-democracy protesters, likely because he yearns to crush protests against him here at home. He’s certainly hostile towards democracy.

Rupert Hogg did the right thing and was forced to resign for it. The world should be outraged by China’s actions and now would the time to punish China for using strongarm authoritarian tactics to stamp out human rights.