The United States Blues
Home Elections Charlotte, NC desperately trying to get out of its deal to host... 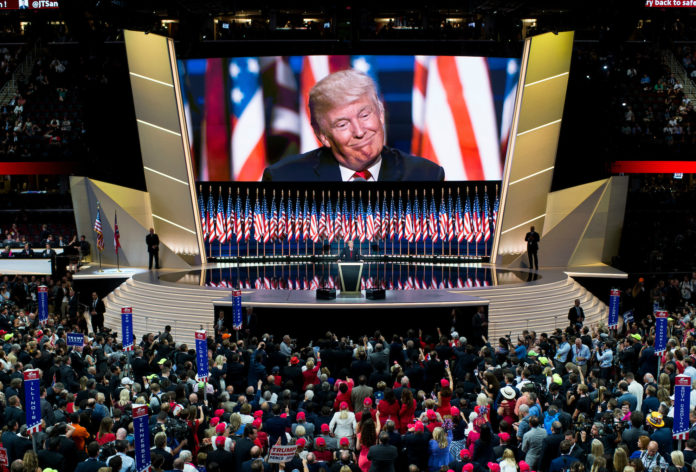 When they agreed to host the 2020 Republican National Convention, leaders in Charlotte, North Carolina, no doubt thought it would be a huge economic boom for the city and help bring national attention to one of the fastest growing cities in the Southeast.

Now, however, with President Donald Trump’s repeated racist attacks on Baltimore, Rep. Elijah Cummings (D-MD), and anyone else who doesn’t do and say as the president demands, Charlotte has what can best be called buyer’s remorse, HuffPost notes:

“This is one of the ugliest moments of political discourse,” said Braxton Winston, a Charlotte City Council member who was on the losing side of last summer’s 6-5 vote to approve a contract to host the 2020 Republican convention. “This is specifically about the racism of this administration and the elements that that brings. I wish we were not bringing that here.”

Last week, the council went so far as to discuss the possibility of backing out of the agreement, but ultimately decided against it after the city attorney said trying to do so would incur big legal bills and would almost certainly end with a judge requiring the city to host Trump’s convention, anyway.

In other words, as our parents often reminded us: Be careful what you ask for; you just might get it.

All of the hand wringing makes you wonder why a majority Democratic city (Charlotte and the surrounding Mecklenburg County voted 65-35 for Hillary Clinton in 2016) ever tried to lure the Republicans in the first place:

Corine Mack, president of the Charlotte area chapter of the NAACP, said the city kept its negotiations with the RNC secret until it was too late for opponents to organize. “We were not aware of it until it was already done,” she said. “I think their love of money is driving this.”

Ah yes, the Almighty Dollar. The very same thing Trump himself worships above all else. While he may pay lip service to the Bible and God (probably because Vice President Mike Pence insists on it), it became clear a long time ago that this is the most immoral president in American history.

There’s also a fear of protests and unrest when the Republicans come to town next August:

Deokgi Ham, a Korean immigrant who has lived in Charlotte for 17 years and whose family runs a small convenience store across the street from the arena, said he’s worried that street closures due to heightened security would hurt business for that entire week.

“There are going to be a lot of protests,” Ham predicted.

One lifelong Charlotte resident, who works in a city-funded enterprise just blocks from the arena, said she worries that Trump’s renomination will further bring out violent racists — the sort who converged on Charlottesville two years ago. The clash sparked by the neo-Nazi rally left one counterprotester dead after a white supremacist ran his car into the crowd.

“I’m afraid something really bad is going to happen,” she said on the condition of anonymity for fear of losing her job. “It makes us look bad, also.”