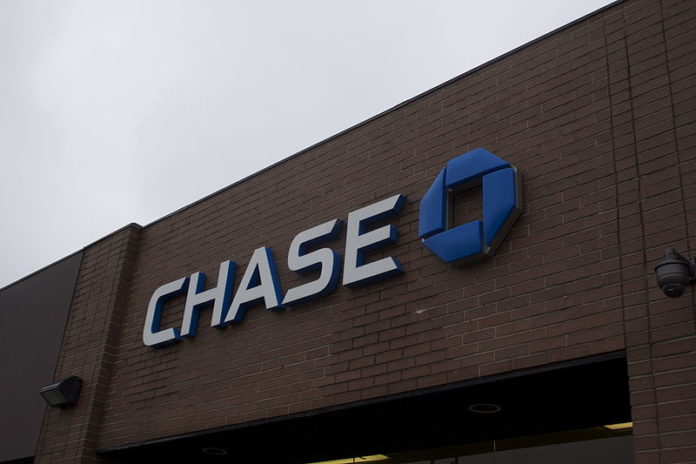 The worst thing a big bank can do is shame people who are struggling financially, but that is what Chase Bank did on Monday in a supposed effort to “motivate” people to save more, resulting in a backlash that has swept social media.

Chase Bank tried to blame poor people’s struggles on drinking coffee and going out to eat from time to time and taking a cab instead of walking to their destination in a tweet they soon deleted. 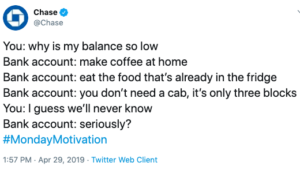 That didn’t go over very well with anyone, especially Senator Elizabeth Warren (D-Mass.), who has spent her career fighting for consumers and is running for president in 2020 on an economic justice platform:

Others joined her criticism of Chase by pointing out that the bank makes billions stealing people’s money via overdraft fees and charging people money just for not having a certain amount in their accounts.

Is it b/c it’s shameless enough you steal $2B a year in ATM & overdraft fees from lower income earners?

Or is it b/c you don’t pay a living wage to your tellers while your CEO makes $31M/year?

Rep. Katie Porter (D-Calif.) demanded an apology, which has not happened:

.@Chase, this isn’t #MondayMotivation. Unless this condescension reflects Mr. Dimon’s view of his customers, I’d suggest an apology. We can call it #ToneDeafTuesday.

Many other Americans piled on from there:

ME: I got robbed
CHASE BANK: you deserved it bitch you should die

Fed:you are making subprime loans and destroying the economy

Thanks to @Chase Bank’s suggestion to make my own tampons I was able to buy a birthday card for my Dad.

My mom grew up during the depression. Her dad split, her mom raised 3 kids as a part time seamstress. They lost their house. BUT – when the kids couldn’t afford gum, they’d chew hot tar from the road paving trucks. Thanks for the tip, @Chase bank.

What happened to this? Rethink your condescending idiocy? pic.twitter.com/37REnsJSI0

Bank that pays its CEO $31 million and received a $12 billion bailout after crashing our economy tells poor people to stop being so irresponsible with their money. pic.twitter.com/e8jNrU4hux

If there’s a bank that should be broken up immediately, it’s Chase. And at the very least, its customers should close their accounts and take their money elsewhere.