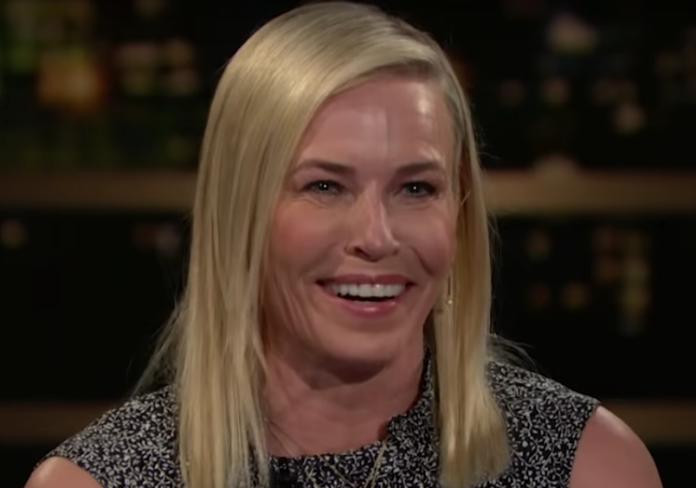 The “Real Time” panelists debated the difference between Fox News and more mainstream news organizations such as CNN and MSNBC on Friday, resulting in comedian Chelsea Handler ultimately burning the conservative network for pushing lies and conspiracies with zero accountability.

Bill Maher began by pointing out that Fox News has become state news, a propaganda machine in support of President Donald Trump similar to media in North Korea and Russia.

But neoconservative American Enterprise Institute’s Danielle Pletka claimed that CNN and MSNBC are just as bad.

Maher responded by noting that Fox News does not report bad things about Trump, while Gideon Rose of Foreign Affairs magazine told Pletka that CNN and MSNBC both employ fact-checkers to make sure what they report is accurate. Salman Rushdie observed that CNN would not have given Trump such good coverage in 2016 had they truly been a state media outlet for liberals.

Pletka snobbishly shrugged off the points being made by the other panelists and even accused Rose of not watching any of these news channels, only to then admit that she doesn’t watch any of them herself.

Handler chimed in by defending CNN and MSNBC because they still have accountability.

“There is a level of accountability that CNN and MSNBC have that Fox News does not have,” Handler said. “They never apologize. To say, ‘I’m sorry for false reporting’ every time they make a mistake. Do you think Fox ever says ‘we’re sorry, we got it wrong’ ever?”

Rushdie brought up Fox’s most recent snafu when the network said that Trump is banning aid to three Mexican countries, even though all three of those nations are in Central America and are not called Mexico at all.

“Their worst offense is that they don’t report things as if they didn’t happen,” Maher said.

Pletka claimed that “reporting is a thing of the past.” And Maher schooled her by hitting Fox News for failing to report on Trump being wrong about ISIS being defeated in Syria even after ISIS killed four Americans in a terrorist attack there the very next day.