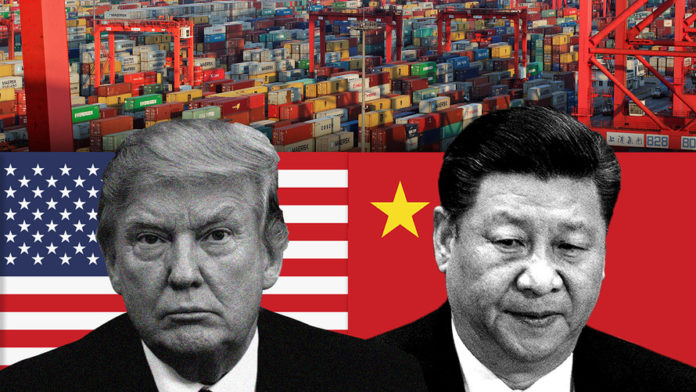 A senior Chinese diplomat accused President Donald Trump of “economic terrorism” for provoking a trade war with his country and vowed that China is not the least bit afraid of the U.S. president’s bluster, according to CNBC:

“We oppose a trade war but are not afraid of a trade war. This kind of deliberately provoking trade disputes is naked economic terrorism, economic homicide, economic bullying,” Zhang said, when asked about the trade war with the United States.

Hours later China announced it would halt the purchase of all American soybeans and soy products, a major hit to U.S. farmers who depend on selling their crops to China, Bloomberg notes:

China, the world’s largest soybean buyer, has put purchases of American supplies on hold after the trade war between Washington and Beijing escalated, according to people familiar with the matter.

State-grain buyers haven’t received any further orders to continue with the so-called goodwill buying and don’t expect that to happen given the lack of agreement in trade negotiations, said the people, who asked not to be named because the information is private. Still, China currently has no plans to cancel previous purchases of American soybeans, the people said.

Minister Zhang, who is in St. Petersburg for a state visit next week between Chinese President Xi Jinping and Russian President Vladimir Putin, also noted that his country has no fear of U.S. tariffs or the escalating trade war:

“This trade clash will have a serious negative effect on global economic development and recovery.

“We will definitely properly deal with all external challenges, do our own thing well, develop our economy, and continue to raise the living standards of our two peoples (Russia and China)

“At the same time, we have the confidence, resolve and ability to safeguard our country’s sovereignty, security, respect and security and development interests.”

Trade talks between the U.S. and China appear to be accomplishing nothing, despite promises of progress from U.S. negotiators and President Trump. Earlier this month, Trump told reporters at the White House:

“The deal itself is going along pretty well. I would even say very well. We’ll see what happens over the next couple of weeks.

“But we’re getting close to a very historic, monumental deal.”

Despite that optimism, the U.S. stock market continues to have wild fluctuations in response to the trade dispute and Trump was forced to provide a $16 billion bailout to American farmers who can no longer sell their products to the largest marketplace in the world.